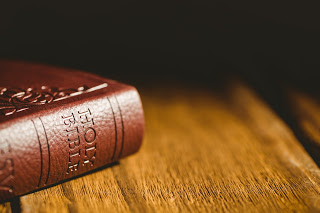 LISTEN NOW! It was two years ago when many were shocked to find out that pastors in Houstonwere reportedlybeing forced to hand in their sermons to the city. Today, it is happening again. Another pastor, Dr. Eric Walsh, a lay pastor and former district health director with the Georgia Department of Public Health, was also reportedly required to hand over his sermons to the State of Georgia. In addition, as CBNis reporting, he was also fired because of them. In an interview with both Dr. Walsh and his attorney Jeremy Dys from First Liberty Institute, CBN’s Charlene Arene finds out more about this shocking truth.
According to Dr. Walsh, a week after he was hired at the Georgia DPH, he was asked for sermons that he had preached. Two days later, he was fired. “No government has the right to require a pastor to turn over his sermons. I cannot and will not give up my sermons unless I am forced to do so.” Based on the First Amendment of the US Constitution, he is correct. His attorney, Jeremy Dys ads, “This is an excessive display of the government overreaching its authority and violating the sanctity of the church.”
We cannot take situations like this lightly. As Jeremy Dys reiterates, the same events occurred in Houstonafter the words from a “rogue mayor” made the same demands of pastors. This time it is not simply one mayor, but the entire state of Georgia, “demanding that Dr. Walsh provide every sermon that he’s ever provided, all of his sermon notes that he’s ever scribbled, and provide all of the transcripts of the sermons…” as Dys details. When Dr. Walsh was asked what his prayer requests are, he shared “to stand strong and to learn what God wants me to learn out of this experience…” This is simply an outright violation of the First Amendment in every imaginable way.
We need to stand in prayer for Pastor Dr. Walsh and for every pastorthat they would not cower down in situations such as this. It is important that we pay attention to situationssuch as these and the Church use its voice as our freedoms allows us to do. See the full interview to hear the full statements and so much more. Also shared in this segment: liberties, persecution, government, lawsuits, and prayer. Greg shared in this segment.

courtesy of wavebreakmedia/shutterstock.com
WATCH FULL PROGRAM!
Related Content
State of Georgia Demands Pastor’s Sermon Notes
Pastors Fight ‘Big Brother’ Targeting of Sermons
Why Houston Is Forcing Pastors To Turn In Their Sermons
Seventh Day Adventist Beliefs
First Amendment to the United States Constitution
Emmaus Road Discipleship
iAbide.org
Meet My Father
Partner with VFNtv.com
Related Articles
Pray for our President of the U.S.A., President Obama
“JJ” Jesus and Jews
Prophetic Word Comes to Pass JJ “Jews and Jesus”: The Persecution of Christians and Jews- “Jihad John”
MORAL FAILURE, SPIRITUAL BURNOUT, CONTENTION IN CHURCHES, DIVORCED MARRIAGES, DISCOURAGED, NOT TRAINED FOR JOB, NOT ONE SOLID PERSONAL REALATION, UNDERPAID, THEY WANT OUT…AND THAT IS JUST THE BEGINING OF WHAT THIS SURVEY OF PASTORS AND THEIR FAMILIES REVEALS. WE NEED TO HELP THOSE WHO HAVE LAID THEIR LIVES DOWN TO HELP US!
New Poll Released 12 Issues Christians want their Pastors to Preach About
‘A Day is Coming When What I’m Doing Right Now will Be Labeled a Hate Crime ‘ says Francis Chan
Billy Graham says Church should Brace for Persecution?
WATCH! High School Student Suspended Three Times for Gospel Wins Court Case: First Amendment Freedom of Speech
Jesus and the Great Expectation; Then they WENT OUT
Jesus FIX IT Prayer – and the Power and Glory of God
Army Lt Col Denied Access to child’s High School
American Flag Banned by Court in Public School
Parents Take the Field with the Students to Pray
Student sent to Principal, Suspended…Wait for it: For saying GOD Bless You?
600 Students in one High School Bible Club
VA Medical Center Pulls Curtain Over The Cross and Jesus in Chapel TO HIDE IT! reports Charisma Magazine – Veteran’s Administration
Public Prayer vs. Private Prayer: Why would God be more impressed and more likely to respond to a public prayer than to a private one?
Uh Yes We Should Pray Publicly!
Inspiring, Bold and Courageous Commence Speech by Tate High School Salutatorian Lauren Kirkland
“I Dare You all to Pursue True Truth which is Only Found in Jesus Christ”, Salutatorian of Tate High School, Lauren Kirkland, Shares Bold words about Jesus Christ during Graduation Speech
Army Lt Col Denied Access to child’s High School
Academic Assignments that Encourage Students to Sing Jihadist Fight Song and Create ISIS Recruiting Posters: Should this be Happening?
0 FacebookTwitterPinterestEmail 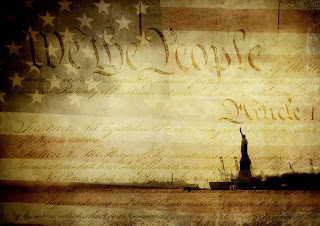 Are we Losing our Liberties?

LISTEN NOW! Prager University has recently released a video asking this very timely and thought provoking question, “How did the framers of the Constitution of the United States seek to preserve liberty?” When asking students, according to Prager, their answer has commonly been, “they added the Bill of Rights; they gave the power to enforce those rights to the Supreme Court”. Most would say they are correct. The original inception of the powers given to the three branches of government was established with limitations of powers. Because many do not understand these powers, or their limitations, we have witnessed a gross overstepping of these limitations. “Freedom can be taken away, but can also be given away – out of sheer ignorance.” Be empowered as you see and understand the original ideas that the founding fathers had for our nation, how we have strayed so far from these original ideas, and so much more. Also shared in this segment: Prager University, Bill of Rights, Supreme Court, Roe v Wade, Brown v Board of Education, and The Affordable Care Act. Greg and John shared in this segment.
courtesy of Margaret M Stewart /shutterstock.com
Related Content

Separation of Church and State?
New Poll Released 12 Issues Christians want their Pastors to Preach About
Americanism and Communism: What is the difference?
Senator Mike Lee, Author of The Lost Constitution
WATCH! Congressional Prayer Caucus- Restoring our Nation’s Motto; In God We Trust
Supreme Court Ruling 9-0, Unanimous: Search Warrant Needed to Search Your Cell Phone- 4th Amendment Rights Upheld!!!
Is Judicial Branch Out of Order? Only Congress can Declare a Tax a Tax
“I am just holding you to what’s on the paper.” Dr. Martin Luther King Jr.
Original Intent the 15th Amendment; Do you know what it is?
Understanding America’s Government Structure; Federal Republic
BARACKracy? When Socialism Replaces Faith in God
C1O2N3S4T5I6T7U8T9I0ON   A1M2E3R4I5C6A7   C1H2U3R4C5H6
T0928x100215awh