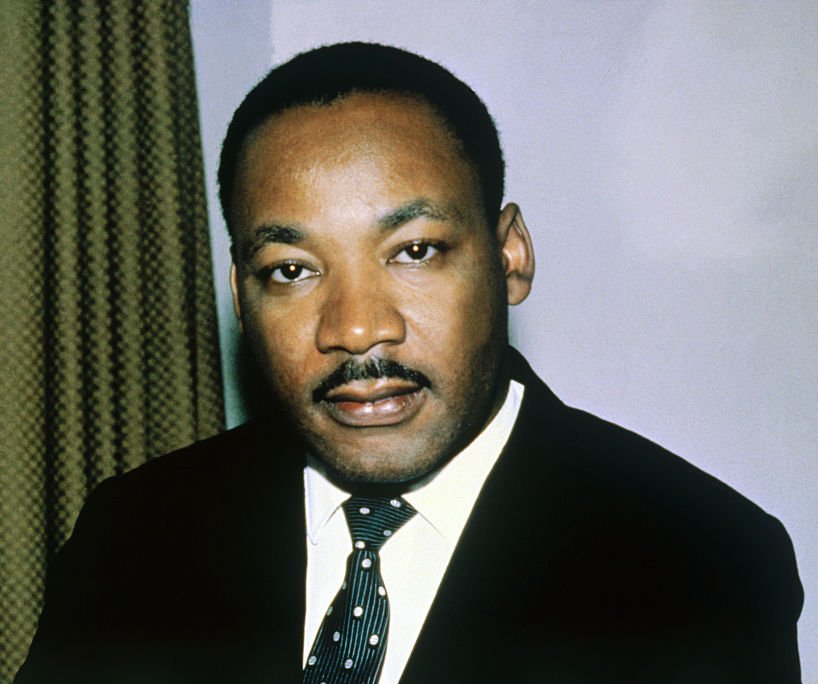 RULE 13 “Pick the target, freeze it, personalize it, and polarize it.” Are They Using Tips from #Lucifer to Organize America and the World, but First, Wisdom from the Live of Dr. King, Jr.

RULE 13 “Pick the target, freeze it, personalize it, and polarize it.” Cut off the support network and isolate the target from sympathy. Go after people and not institutions; PEOPLE HURT FASTER THAN INSTITUTIONS.” Rules for Radicals, by Saul Alinsky, with its 13 Rules, a book he dedicated to Lucifer. But First, Wisdom from Dr. Martin Luther King, Jr.

We can learn so much from Dr. Martin Luther King, Jr. who stood for what we, as Christian Americans, should stand for.  In the face of the greatest evil, this man in his day could walk through the fire with people who claimed to be “followers of Jesus Christ” attacking, ridiculing, assaulting, and demonizing him.  Jesus said, we know those who are His, i.e., “a Christian”, by their fruit, not by what they say, tell us, or by a name they have over a building they call “Church” they go to.  One of the main identifications we, as Christians [Christ-Followers], is our love for each other.  Jesus said, they will know we are His by our love for each other and Him; Loving God, Loving Others, and leading others to do the same.  Scripture tells us ‘if you hate your brother, but say you love God, you are lying.’  Love can’t be taken lightly for it is Love Himself, God, Who sent His Son Jesus to “take away the sin of the world.”  The onslaught of those who claimed to be Christians, but were not, wasn’t Dr. King’s only struggle.

Dr. King not only had, what many people call the “deep state” today, after him, who were constantly trying to stop him, thwart him, demonize him, push propaganda against him, spy on him, attempt to seduce and entrap him and even record him secretly.    Dr. King’s daughter, Dr. Bernice King, explains how he could withstand such evil when she said, “I tell people all the time that the movement that was led by my father was a spiritual movement. It wasn’t a civil rights movement. It impacted civil rights, but it was a spiritual movement, and its assignment was to civil rights.”   You see, looking back, watching the life of Dr. King, listening to, and reading his sermons, and reading his writings, tells us that he was led by the Spirit of God.  For as many who are led by the Spirit of God are sons of God.  That is the only way he could face such difficulty, such evil.  He faced evil head-on, marching through streets, preaching in churches, writing letters from jail, negotiating with Presidents, and speaking internationally.  There is more evidence, as Jesus said, that Dr. King loved.  Was He perfect? None of us are.  Yet, his life of love still rings through all of America and the world today.

It is with this same love for God and others, imitating Dr. King and others who have gone before us, that we too can follow His lead and stand up for our fellow citizens and proclaim as Dr. King agreed with St. Augustine, “An unjust law is not a law at all.”  As well as Dr. King and others encouraged others to protest and hold up signs decreeing  “I AM a Man” protesting being called anything other than “A Man”.

BE TRUE TO WHAT YOU SAID ON THE PAPER

Dr. King, not only loved and taught according to Biblical scripture as a Christian pastor, he also was a national leader who understood and supported the United States Constitution.  His protest, which he and all Americans have a First Amendment constitutional right to do, was for Americans to live up to what our founding fathers wrote on those papers as our founding principles.  One of his last speeches he spoke of the U. S. Constitution saying…

Well, I don’t know what will happen now. We’ve got some difficult days ahead. But it really doesn’t matter with me now because I’ve been to the mountaintop.

And I don’t mind.

Like anybody, I would like to live a long life. Longevity has its place. But I’m not concerned about that now. I just want to do God’s will. And He’s allowed me to go up to the mountain. And I’ve looked over. And I’ve seen the Promised Land. I may not get there with you. But I want you to know tonight, that we, as a people, will get to the Promised Land!

And so I’m happy, tonight. I’m not worried about anything. I’m not fearing any man! Mine eyes have seen the glory of the coming of the Lord!!

Finally, before I share about how they are using these rules for radicals, rule 13 against us today I want to remind you that not only was it Dr. King’s dream to see us all “walking hand in hand” but it was all of us, “…one day right down in Alabama little black boys and black girls will be able to join hands with little white boys and white girls as sisters and brothers.”

Now, with the wisdom of God and Dr. King shared, let’s look at how today, those who hate God, America, and its U. S. Constitution are using Saul Alinsky’s Rules for Radicals Rule 13 to divide and hope to destroy America.

Adolf Hitler, an evil dictator, chose the Jews as “I AM a Man.”  Historically in America, they targeted the “black race” to target, freeze, personalize and polarize it. This present-day evil with its use of #Marxist roots of #CRT has chosen a target, “the white race”  to target, to freeze it, to personalize and polarize it. Each time it is used to manifest evil against the people of that nation.  Now as they, the same ones who divide us by race, and have done so again and again, do so today.  It’s not that it’s a surprise, but what is always a surprise are those who go along with racism.  There is nothing more amazing than to see an evil spirit who had taken over a man or woman so much, who has bought into such evil, stand up and declare himself, or herself, being one of the race evils has chosen to target, as a pariah that needs to be terminated.  This proves #EvilExists, and it is a #spirit as we’re told in #Epheisan 6:12.  Every man and woman are created in the image and likeness of God and are fearfully and wonderfully made, knitted together in their mother’s womb.  Jesus, the Son of God, came to purchase for God, from every tribe, language, and race a people, by dying in our place, enabling us to be forgiven and in right standing with God, by His perfect sinless bloodshed on the Cross for all of mankind.  Jesus came to #DestroyHostility between people at the #Cross.  This same Jesus told us that every nation, every family #Divided will fall.  Let’s, like #DietrichBonhoeffer, stand in love for our fellow man, in unity, #OneNationUnderGod #Indivisable with #LibertyForAll.  Dr. Martin Luther King, Jr. laid out for us all in the United States of America and the Church in America, in his letter written during his very unjust confinement in the Birmingham, Alabama jail, to honor and respect each citizen, no matter our race, to be treated equally as one of God’s children.  “Hatred cannot drive out hatred, only love can do that.  Darkness cannot drive out darkness, Only Light can do that.”  Dr. Martin Luther King, Jr.  Lucifer, as Jesus said, is a liar and has been one from his beginning.  When he lies, he speaks his natural language.  His system of destruction is to deceive and divide to accomplish his dark works, but Jesus came to destroy the works of Lucifer.  To follow Jesus is to walk in love, united in Christ-centered unity, as one helping set the captives free from hatred and darkness through His finished work on the Cross.

#Prophecy:  ORGANIZER OF THE DAY vs. ORGANIZERS OF THE NIGHT: Are They Using Tips from #Lucifer to Organize America and the World | Breakdown of the dark Rules for Radicals and a LIGHT Christian Response to each | Greg Lancaster | Torch | GregLancaster.org

WATCH! Is this a Dietrich Bonhoeffer Moment? The URGENCY OF NOW! Part 1

WATCH! Is this a Dietrich Bonhoeffer Moment? The URGENCY OF NOW! Part 2