LISTEN NOW! Greg shares, in this God’s News Behind the News, how the Department of Home Land Security, DHS, are creating fear in America by promoting a video of a how to survive a shooter right after the Aurora, CO theater shooting.  He shares about the video they are showing, which is on the VFN Torch, of a person with a pistol grip shot gun walking into a building and then starts shooting those working there.  This is happening while at the same time the Government wants to take our guns away and violate our second amendment rights.

In the wake of the shooting in Aurora, Colorado, the Department of Homeland Security and the city of Houston, Texas, have released a instructional video on what to do during an “active shooter” event.

LISTEN NOW! Greg shares in God’s News Behind the News how someone or some group has made 11 bomb threats at 11 Walmart stores in Missouri. 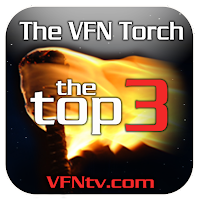 LISTEN NOW! Greg and John share about the top 3 stories on the VFN Torch that our listeners and viewers are reading on July 31, 2012.

Hoarded Wealth May Be Testifying Against America

LISTEN NOW! Greg shares in this moment of wisdom from Proverbs 31:8-9 how God’s word tells us that we’re to speak up for those who can’t speak up for themselves for the destitute, poor and needy and shares how the average pay in America is 360 times what the poorest nations in the world get paid.  You’ll find out how your income compares to the income of the world and how America and Americans are the wealthiest nation in the world.  The question is are we being faithful  to speak up for the sick in regards to health care, the hungry in regards to food, the naked in regards to clothing and how God will judge us when we stand before Him in the last days and how we alone, as an individual responding to these needs.

WSD817
Related Articles:
Amid a severe drought, does it still make sense to use corn for fuel?

What is my Purpose?

For those who are seeking their purpose in life, Greg shares what God says our purpose is, what He created and saved us for; Ephesians 3:10.

LISTEN NOW! John and his wife Theresa see the large beaver (or monster) come out of a hole in their back yard and try to get the camera before it runs back into a very, very large hole.

When we know better, we always try to do better.  Retractions & Restatements
0 FacebookTwitterPinterestEmail
FaithThird Great Awakening

LISTEN NOW! Greg, John, and Pat share how a Mississippi church reject a black couple from having their wedding at the church because someone objected to a black couple being married in their church, “because a black couple had never been married in their church.”  What?  Yea, that is right.  We, as the Church, the mulch-faceted, mulch-national, mulch-ethnic church have to stand up against these injustices that try and divide us.  John writes in 1 John that if we say we love God, but don’t love our brother, we are liar.  We need to teach the church that racism is not an acceptable sin but it is a sin that separates us from each other and if we don’t love God, it separates us from God.

Townspeople prayed for racial reconciliation Monday, but the black man whose wedding was rejected by a predominantly white Southern Baptist church in this small Mississippi town said he wasn’t ready to let racism be swept under the rug.
“Prayer works, but only if you want it to work, only if you want it to work in your heart,” said Charles Wilson, the groom. “There are some that won’t change and I accept that. But I won’t stop talking about it. We’re still hurt.”
As 150 residents sweltered in a park beside a railroad track, their song of praise was drowned out by a southbound Canadian National freight train. The scene was today’s South writ small, a place where a lot of things have changed but where the pain of the old hurts can still flare anew….read more

Related Articles:
Black Couple Rejected by Mississippi “Church” – Wouldn’t Marry them because they were black

When we know better, we always try to do better.  Retractions & Restatements
0 FacebookTwitterPinterestEmail
FaithProphecyProphetic Words from Oct 2016 and OlderThird Great Awakening

LISTEN NOW! Greg shares in God’s News Behind the News about how Home Land Security is preparing for riots at the National Republican Convention and the Democratic National Convention and how there has been prophetic words given about riots in the streets. 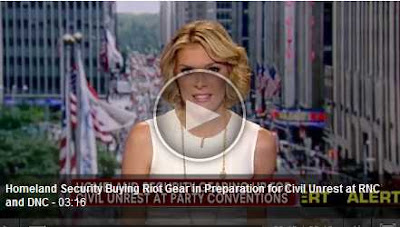 Trace Gallagher reports that the feds are looking to purchase 150 sets of riot gear which would include riot helmets, upper body/shoulder protection, thigh/groin protection, shin guards, forearm protectors and tactical gloves. Authorities in Tampa, Florida and Charlotte, North Carolina, where the conventions are being held, are not giving specific numbers but they are expecting massive numbers of demonstrators. The Department of Homeland Security is not expecting violence, but they are preparing for significant unrest.

LISTEN NOW! Greg, Pat, and John begin to share about the original word the Lord gave them when we began the journey of getting back to the basics in God: His original intent for the Church.  It wasn’t until David, a man after God’s own heart, became desperately jealous for God’s glory and His presence where he lived accompanied by his willingness to pay the price did it become a reality.  They share about their own actual experiences in doing the same as David and watching the difference between those who suffered loss and ran and those who suffered loss, but gathered themselves, studied God’s ways and went back after God and His presence.  You’ll be encouraged and informed if you too, have become like David, Josiah, and the woman who had the issue of blood for twelve years, that no matter what happened they wanted God and were going after Him.

When we know better, we always try to do better.  Retractions & Restatements
0 FacebookTwitterPinterestEmail
FaithThird Great Awakening

LISTEN NOW! Greg and John share, along with a CBN News broadcast, how the liberal media is quick to broadcast where there is a tragedy in America that it is someone in the Tea Party when it never has been to this date.  While the “mainstream media” is reportedly crashing, including the New York Times, CNN and even News Week, reportedly being sold for a dollar.  VFNtv and the Daily VFNRadio Program along with many others voices of sanity with reason and light are raising up in their place as the new form of news and God’s new behind the news to replace them.

During initial media coverage surrounding the theater massacre, ABC News’ Brian Ross reported “there is a Jim Holmes of Aurora, Colo., page on the Colorado Tea Party site.”
His suggestion on “Good Morning America” that the Colorado massacre suspect — whose name is James Holmes — may be linked to the Tea Party turned out to be an error.
Ross said he wasn’t sure if it was the same man. The Jim Holmes he was referring to turned out to be a 50-something Colorado resident who had nothing to do with the shooting rampage.
Now, the on-the-fly reporting is bringing Ross some criticism.

When we know better, we always try to do better.  Retractions & Restatements
0 FacebookTwitterPinterestEmail
FaithIsraelThird Great Awakening

LISTEN NOW! The Syrian struggle continues and both sides are reporting victories while they are both taking on major losses.  Israel and the Syrian people stand much to lose over this battle and its outcome.  Because of this Israel will not sit idly by while their very existence is threatened which means if they need to they’ll respond offensively.  It is also shared as a reminder that ever how goes Israel, so goes the Church and the importance of praying for, supporting and standing with Israel.