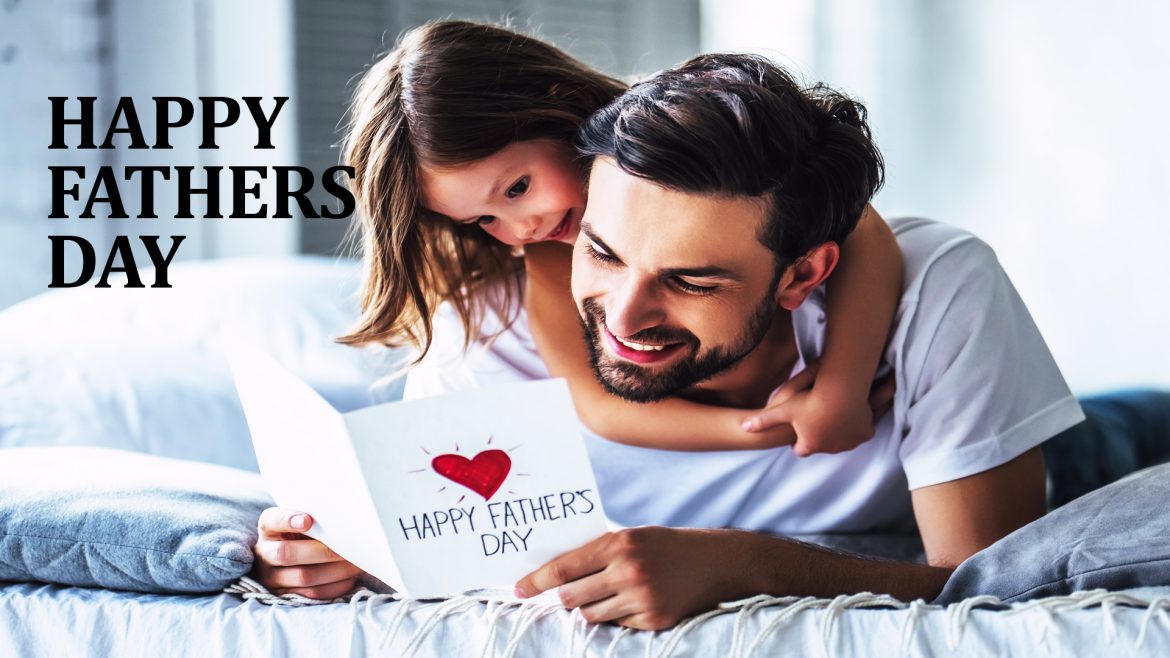 #HappyFathersDay – Of all the titles God could give Himself, He chose to identify Himself to us as Father. If you have accepted Jesus as the Lord of your life, He identifies Himself to you as YOUR Father. Imagine that… God the Creator of the Universe, the Heavens, the Earth, the Sea, and all mankind is Father, Our Father. When Jesus, His Son, told us how to address God, the first thing He told us to address Him as is “Our Father” Who is in heaven.
For all the fathers out there, who feel as if you have nothing to offer. For all the fathers who have been under the assault of the adversary filling your mind and ears from those who have accused you that you are not relevant. For all the fathers who continued to father when everything in you said “leave” or everyone around you said “go” your staying matters. I want you to know that God says, ‘greater love has no one that he lay down his life for a family, spouse, daughter, son,’ proves you are staying matters to God. I want to encourage you to “stick, stay and stand, even when it stinks, because you as their father are relevant.” For all the fathers who did their best with all they had to be a good father to their children, yet their children chose not to honor you, or even abandoned you as their father, I want you to know it was not in vain. For all the father’s that failed to be the father they wanted to be, their children needed them to be, yet got back up and continued to father your children, you have demonstrated the reality of all fallen men who ‘get back up again.’ For the fathers, whose spouse divided your children from you when she divided herself from you, your love and faithfulness to your children was not in vain. For all the fathers out there, who had all your family abandoned you when you never abandoned them, I want you to know not leaving them even though they abandoned you, that your standing was not and is not in vain. To the fathers who fathered a child, yet never were fathered yourself and made a mess out of the whole thing, God’s grace is sufficient. To the fathers who have forgiven others for all they’ve done to you, including your very own family who seemed to have devoured your soul, yet you struggle with forgiving yourself, Your Father God wants you to know, it is ok, today is your day, take it all to the cross, repent and forgive those who have used you, accused you, and harm you, AND THEN FORGIVE YOURSELF for your best days are ahead of you.
Fathers are so relevant that they withstand the worst of spiritual attacks in society, in culture and in this life. You are often told you have no say so in the matter yet are blamed for most everything that happens. Fathers are so relevant that when he is absent the adversary pours into his family, destroys them, and takes them captive. Fathers are so relevant that most everyone who does not understand his role seeks to usurp him. Fathers are so relevant that even you, a father, have struggled to believe that you can make a difference because of all the cultural and spiritual attacks upon your personally…but God calls you “father” after Himself. What an honor.
I want to wish you a Happy Father’s Day!
Yes, all we hear on Father’s Day is all the stories about “perfect fathers” and “perfect stories” but from all that I read, lived and have seen in my years of living, law enforcement, ministry, fathering and so much more, the only “Perfect Father” is God Our Father Who loves You and is grateful for You and Who calls you son. It is Him and Him only, through Jesus Christ, can anyone live the father role in the lives of their children under the shadow and wing of our Father in Heaven.
Be strong, be very strong and courageous, for the Lord God calls you father, after Himself and will give you the land if you continue to stand that He promised in Jesus’ name.
0 FacebookTwitterPinterestEmail