Prime Minister Benjamin Netanyahu AIPAC Speech: Our Alliance is Sound; Our Friendship is Strong- Israel and the United States is Family

LISTEN NOW! This is a critical hour for the world, for America, and for the church. Prime Minister of Israel, Benjamin Netanyahu, has arrived in America in preparation for he is to speak before a joint session of Congress.  Before the Prime Minister addressed Congress, he delivered an impactful speech of clarity and resolve about the relationships between America and Israel to the American Israel Public Affairs Committee (AIPAC). This speech took place on March 3rd. This day is one eve of an Esther fast according to the Jewish Calendar. Looking in the book of Esther, there is a vital similarity between the Jewish people and the world. In the book of Esther, Haman was coming against the entire Jewish people in the land. From the result of the leadership of Queen Esther, and the prayers of the Jewish people, the Jewish people not only survived, but also overcame. In the same way Esther spoke up about the dangers coming against the Jewish people, Prime Minister Benjamin Netanyahu has arrived in America to speak about the dangers of a nuclear Iran.

As the Prime Minister brings hope and encouragement, he emphasizes the importance of the relationships between America and Israel. We are like family. As in every family, there are going to be differences.
“Israel and the United States agree that Iran should not have nuclear weapons, but we disagree on the best way to prevent Iran from developing those weapons…….There are important differences between America and Israel. The United States of America is a large country, one of the largest. Israel is a small country, one of the smallest. America lives in one of the world’s safest neighborhoods. Israel lives in the world’s most dangerous neighborhoods. America is the strongest power in the world. Israel is strong but is much more vulnerable. American leaders worry about the security of their country. Israeli leaders worry about the survival of their country.”
This highlights the reality of our need, as the church, to remain vigilant in our prayers and support of Israel. Hear the full speech and the resounding words of clear vision and leadership from Prime Minister Netanyahu, and so much more. Also shared in this segment: AIPAC, Congress, Israel, Esther, fasting, Iran, nuclear arms race, and praying. John and Steve shared in this segment. 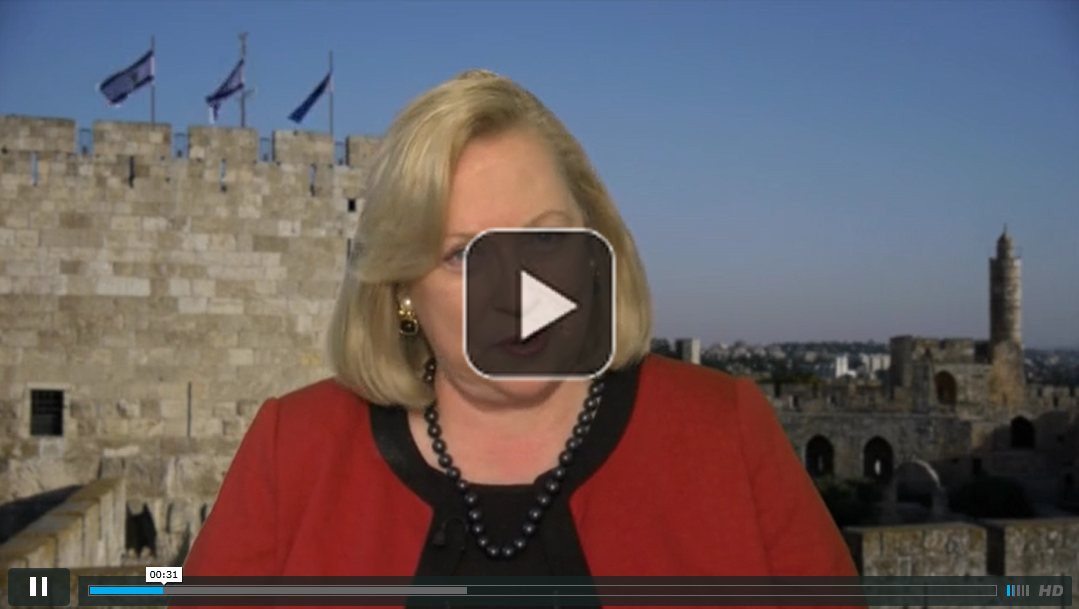 PROPHETIC SUMMONS Esther Fast ‘For Such a Time as This!’

Related Articles
Praying For President Obama
Prayer for Israel
You Can’t Organize Israel
“JJ” Jesus and Jews
Don’t Be Distracted!: Keep Your Eyes on Israel
Are You Ready to Stand with Israel?
Prime Minister Benjamin Netanyahu’s Bold and Historic Stand for Israel, PM Benjamin Netanyahu is coming to Washington D.C.
Did National Security Adviser, Susan Rice, Really say that P.M. Netanyahu speaking to Congress is “Destructive of the Fabric” of U.S. and Israel’s Relationship?
This Scud is for you America says Israel’s Prime Minister Benjamin Netanyahu; Regarding Iran’s Missile Capability
We have reached Critical Mass, you cannot remain on the sidelines; stand Vocally, Publically, and Prayerfully for Israel
WATCH! Passivity Towards Iran’s Nuclear Ambition and Disrespect towards Israel and Prime Minister Netanyahu will determine that Things Won’t Go Well for America
Is the President Writing Secret Letters to Iran while Iran’s leader threatens the Annihilations of Israel?
DNC – REMOVES GOD AND JERUSALEM FROM PLATFORM;THEN VOTES “GOD” AND JERUSALEM BACK IN, KINDA
DNC Removes God from their Platform, Has much of the Church Removed God from their Heart
Jumah at the DNC, Radical Muslim Agenda, and the Future of the Republic
Muslim Brotherhood Advising the Obama Administration?
WATCH! Prophetic Headlines: Yemen declares defeat over America? Is America supporting Iran? Senior Advisor to the President born in Iran?
Is the Answer to Radical Islam – Jobs as the State Department Spokesperson Marie Harf suggest?
Watch Live! Almost 4 Million People, 40 National Leader Gather in Solidarity After Terroist Attack in France Reportedly
Is ISIS being used to organize against God; the Beheading of 21 Christians?
From the Shores of Montezuma to the Shores of Tripoli: We Just Didn’t get Here. Is Islam Being Used to Organize the World?
“The Silent Majorities Are Always Irrelevant” says Brigitte Gabriel it’s time to Wake Up, Step Out of the Majority and Stand for God, Country and Israel
All Eyes on Israel: Israeli Elections, Iran, and Unstoppable UN Voting Block formed against Israel
Prime Minister Benjamin Netanyahu Orders Ground Offensive in Gaza after Hamas Terrorist Enter Israel through elaborate underground tunnels; “…without this operation the price we will have to pay later would be much higher” says P.M. Netanyahu
Israel Protective Edge: This is not a war of choice but of necessity
Israel Protective Edge Update Day 21: It’s time for someone to stand up the Jihadist bullies in the Middle East and Israel Is- Rockets, Underground Tunnels, Iron Dome and so much more
Secretary of State John Kerry about to push the Reset Button in the Middle East? Does that mean bad news for Israel?
Israel’s Protective Edge: “We just didn’t just get Here”: The Story Behind the Story of Gaza, Hamas, and Israel
Operation Protective Edge: Prime Minister Benjamin Netanyahu promised to “Bring back the Quiet” Time Frame “As long as it takes”
Former Israeli Ambassador Explains why Israel Must be Allowed to Deal with Hamas Decisively
Watch! The Cover Lifted off of Hamas placing Rocket Launchers near Children
Palestinian Authority Making Alliances to seek UN Statehood through an Unconventional Way: While Israel defends herself from PA’s Terrorist Partner Hamas
The Four Blood Moons: Third of the Fourth Blood Moon is upon us. What does it mean for Israel and the Nations that come against her?
It All Makes Sense if he Credits Islam for his Presidency?
Muslim Brotherhood 101 – Simple Explanation
While they were shaking Hands- Missiles headed to Attack Israel
World Jewish Congress President Makes Historic Statement to Christians; Because you(Christians) stand with Us (Jews) I will Stand with You( Christians)
WATCH! Passivity Towards Iran’s Nuclear Ambition and Disrespect towards Israel and Prime Minister Netanyahu will determine that Things Won’t Go Well for America
PM BenjaminNetanyahu, Coming to the UN, Looking for RED line to be Drawn
Christianity vs. Islam; Bible vs. Koran
You Can’t Organize Israel
Watch! Palestinian Authority Seeking Two State Solution from United Nations Jeopardizing the Peace and Safety of Israel
U.S. State Department Name Calling Israel Prime Minister Netanyahu? Seriously?
PM Netanyahu responds to the White House’s Name Calling
Secretary of State John Kerry ; Pushing Israel into No Win Deal?
Is Israel on the Verge of a third Intafada
Israel, Syria, and Palestine a trembling cup
Revealed: U.S. Secretary of State John Kerry warns that Israel Risks becoming an “Apartheid State”
Is Israel on the Verge of a third Intafada
Palestinians Promoting a Knife Intifada?
Islamic Prayers Offered in Congress? Islamic Prayers offered in Christian church? Things are coming full circle it happened 100 years ago too!
Russian Bombers; Russian Fleet at DNC; Americans deny God
U. S. Still Working with the Muslim Brotherhood who are Fighting Against Christians in Egypt says Coptic Pope Adviser
God is Raising up Embedded Reporters: Maybe You are One?
Embedded Reporters for the Kingdom, For Jesus
How Will Christians use Media for God in the Future
Prophesy: News Anchors will Be Shaken as they Report Perilous Upcoming World Events: God is Establishing His News Anchors who will Prophesy News even before it Happens, Power of God to Save, Heal and Deliver will come through media.
I1S2R3A4E5L6   R1A2D3I4C5A6L7    I1S2L3A4M5W6O7R8L9D0  I1S2L3A4M5I6N7U8S9
When we know better, we always try to do better.  Retractions & Restatements
0
FacebookTwitterPinterestEmail