LISTEN NOW! It is a powerful moment anytime you hear about someone’s story that led them to receive Jesus Christ as their Lord and Savior. Nabeel Qureshi’s testimony is provoking, to say the least. Raised as a devout Muslim, he prayed 5 times a day, memorized the Quran in both Arabic and English, and sought to prove Islam as the true faith. Any time Nabeel encountered Christians, his questions about the beliefs of Christianity were only met with the answer of “faith”. When he encountered a believer who guided him through the Bible, answering his questions, and also revealing the flaws of Nabeel’s thoughts, he was truly challenged.

Nabeel’s journey took a massive change of direction when he began to ask this one critical question, “God who are you?” It was then that God responded with his request for a dream, with three dreams. Confronted with the reality that all of his beliefs had been shaken, Nabeel was simply broken. In his own words, “It was a rude awakening that there isn’t a single verse in the Quran designed to comfort a hurting man. Not one.” It was here that Nabeel’s life was forever changed when he found the very verse he was looking for, in the Bible.
It is vital for us not to look at the world based on the narratives that the world projects, but on how God sees the world. Regardless of the evil atrocities that are being carried out, God desires for each and every man, woman, and child to know Him. That is why He sent His Son, Jesus Christ, to die for each of our sins. As the Church, we must be able to share the truth about who Jesus Christ is, by demonstrating His love and making Him known to all of the world, by the lives that we live, each and every day. Watch the full story and be greatly encouraged in your search for Christ, your walk with Christ, and your efforts to witness to those around you, and so much more. Also shared in this segment: Islam, Quran, evangelism, dreams, mourning, The Holy Spirit, faith, and truth. John and Steve shared in this segment.
Screen Capture from CBN.com 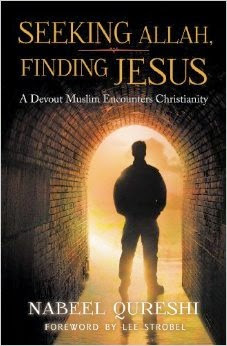