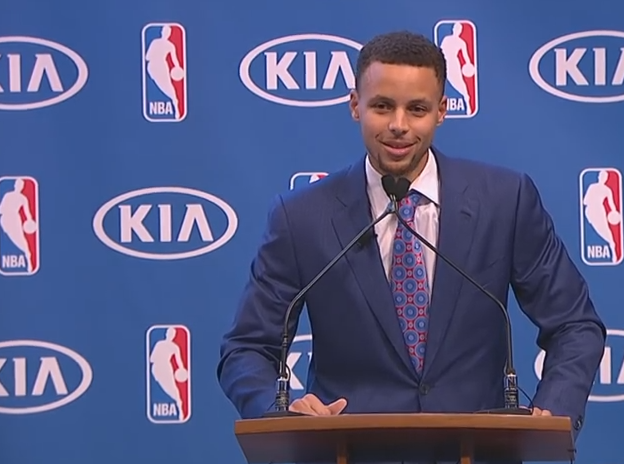 LISTEN OR WATCH FULL PROGRAM! This is the first time an NBA player has been unanimously voted as the league’s Most Valuable Player, the MVP. Steph Curry is this years’ unanimous winner. In his words of humility, he expresses, “to be the first unanimous MVP award winner is something that I don’t even know how to put into words…I don’t really know what to say.” He continues to thank the significance of his supportive wife, his family and parents. He also shares, “I’m out here playing the game and doing what I love to do, and what I’ve been blessed to do.” Curry continues, “I want to thank God, obviously, for health, the talents He’s given me, for my family, who supports me, for things that basketball has taught me on and off the court, and for the people that I’ve been able to meet through the game of basketball.” It is so encouraging to see Curry be the model that he is and give glory to God with what he does. Hear his full comments from his speech and so much more. Greg and Steve shared in this segment.
screen capture from youtube.com/NBA