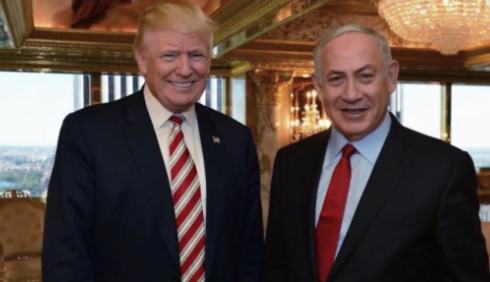 LISTEN NOW! Or WATCH FULL PROGRAM! Did you know that you are a part of a divine hour of God’s Creation? Oftentimes, events can be happening in our lives, in our nation, and throughout the world, and we aren’t even aware of their significance. Pastor John Kilpatrick recently shared a CharismaNews article that revealed the divine intersection of this hour and the Presidency of Donald Trump.

As Charisma News reports, the birthdays of Donald Trump and the nation of Israel reveal a shocking connection. “Donald Trump was born exactly 700 days before Israel became a nation.” The connections get even more precise. Pastor Kilpatrick explains, “Israel was 77 days old exactly 777 days after Donald Trump was born. Israel’s 70th birthday will come exactly 700 days after Trump’s 70th birthday.”
Did you know that President’s Trump first day in office is also connected to this continual series of 7’s? “Donald Trump will be 70 years, 7 months, and 7 days old on his first full day in the White House.” All of this took place during the year of 5777 on the Hebrew calendar.
Prophecy is history in advance. You’re looking at prophetic declarations of what God is doing, and they are coming to pass. There are also intricate intersections connected to Vice President Mike Pence. Did you know that God was this intricately involved in the details of our lives? What are your thoughts? See the full words from Pastor John Kilpatrick, and so much more. Also shared in this segment: Church of His Presence, Pastor John Kilpatrick, Israel, President Donald Trump, Vice President Mike Pence, The White House, Jerusalem, Israel, and Prime Minister Benjamin Netanyahu. Greg and John shared in this segment.
screen capture from CBN.com
Related Content
If Donald Trump Wins, He Will Be 70 Years, 7 Months And 7 Days Old on His First Full Day in Office
ChurchOfHisPresence.org
Jewish Calendar Year 5777
iAbide.org
Emmaus Road Discipleship
VFN Kingdom Business
Subscribe to our YouTube Channel
Follow us on Twitter
Partner with VFNKB
Related Articles
Pray for our President of the U.S.A., President Elect Donald Trump
Prayer for Israel
PROPHECY! Number 7, The Hebrew Calendar and how they Converge with the Election of President Donald Trump