Home 7 Mountains of CultureGovernment Mountain Was Our President Selected Before He was Elected? Are They Using Tips from Lucifer to organize America and the World?
Government MountainOrganizer of the Day vs Organizers of the Night SeriesReligion MountainSaul Alinsky & Rules for Radicals: A Biblical Perspective

Was Our President Selected Before He was Elected? Are They Using Tips from Lucifer to organize America and the World?

LISTEN NOW! Greg, John, and Pat discuss the question regarding President Obama.  The question is was he selected before he was elected?  They continue to discuss Saul Alinsky’s book Rules for Radicals and his tactics that President Obama once taught.  The discussion continues about the symposium that was held at the John F. Kennedy Library regarding transformative presidencies where they discussed what they were looking for in a president, Cas Suntein and others.  They felt that Jonathan Edwards was the most progressive, Hilary Clinton was next but that Senator Obama was a centrist.  The question they had was whether he had the character and nerve to fundamentally transform the nation.  They also continued to discuss Rev. Jeremiah Wright, President Obama’s former pastor, statement when he said on the Sean Hannity program that “he was selected before he was elected” speaking of President Obama. 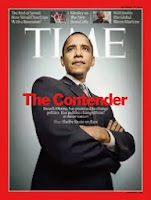 They further discussed Steve Bailey’s prophetic word that the President would eventually regret where things ended up.  They continued to share how God showed John that the president was “set up”.  Ahab was one that was controlled by others.  It is important for us to pray for our President.  They share how for the last 4 1/2 years every Monday for 24 hours they have been praying for the president and his family.   There is a strategy operating behind the scenes. There was a whole narrative put together to convey a point.  It appears he is being used for others personal gain.  It was thought at first that the President selected others like Cas Sunstein for positions but in reality maybe Cas Sunstein and others selected him.

Rules for Radicals
Rev. Jeremiah Wright, former pastor and mentor of Barack Obama, stating on the Shaun Hannity program, “Was Selected before He was Elected”
Dreams From My Father, A Story of Race and Inheritance, By Barrak Obama

Praying For President Obama
Organizer of the Day vs Organizers of the Night: Are They Using Tips from Lucifer to Organize America and the World