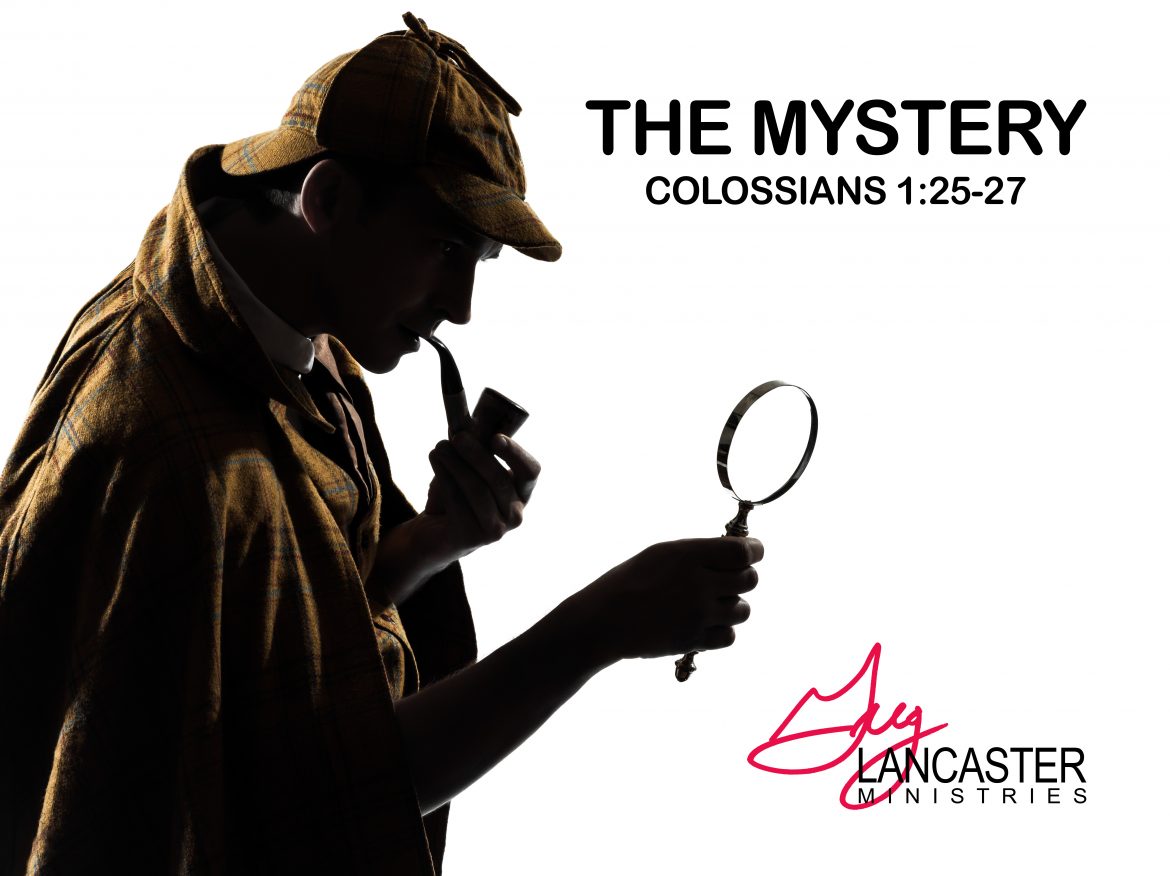 Since the beginning of time, when our God created the heavens, earth, and man there has been a mystery. No matter how amazing those in past generations were, and many were, what I am about to share with you was a mystery to them.

Later God appeared to man, but He was covered in a cloud. The only one who could see God face to face was Moses, God’s friend. It was such a powerful thing to look upon our holy God that Moses’ face so powerfully shined from the impact of God’s glory on his face that he had to wear a vail to cover his face. God had to hide Moses behind a cave like rock area so that he could survive when God passed by and showed Moses His back. What an awesome God we serve. Holy, Mighty and Worthy to be praised.

Later, God sent His Son, Jesus, Who left the splenders of heaven where He and God (His Father) had fellowship in a forever place that exists outside of time. Jesus came to earth, born as a child (all God and all man), lived a sinless life, made the Father known to us with His goodness, love and compassion for us and desire to forgive us. Then Jesus paid the price for us. A price that no other one in all of earth or heaven could pay. He paid with His holy blood being sacrifice upon the cross so that a sin offering could be made before God for our sins. Now, through Jesus, our sins could be forgiven, and we could be restored into a right relationship with God as was in the Garden of Eden.

Yet, this time, God does not just walk along side of us, no, that mystery since the beginning of time now has been revealed. God dwells in us, for that mystery is “CHRIST IN YOU THE HOPE OF GLORY.” That’s right, the mystery was that God always wanted to dwell inside of man and desire man to dwell inside of Him, to “become one” as He and Jesus are one. Now by God’s Spirit, Christ dwells in the heart of every believer. Wow, now you know the mystery, God’s mystery revealed, your hope is Christ in you, the HOPE OF GLORY!