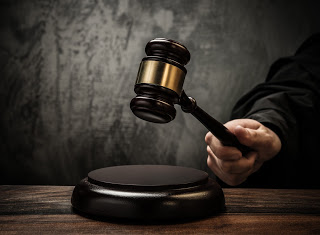 Mark Biltz – From Roshashannah to Yom Kippur; Gates are opened and Closed Representing a time Heaven’s Court is in Session

LISTEN NOW! In every court hearing, after all the evidence is laid out for all the court to see, when all the interrogation, all the speaking of witnesses has been played out, there comes a time when the judge makes the judgment known. There comes a time when the sentence is served. The pleas are over. According to Mark Biltz, “Rosh Hashanah means the opening of the gates and Yom Kippur marks the closing of the gates.” As of this moment, Yom Kippur has already come and gone. With all of the recent evidence and events made known to the American public, 2/3 of Americans still want to fund Planned Parenthood.
Jon Jones recently shared a prophetic word stating that America is going to receive blows, when able to receive and recover in the past, will not be able to sustain or recover in the future. Jones gives the analogy of a boxer that inevitably succumbs to the repeated blows, “In the first rounds of most boxing matches, the blows delivered by each fighter are absorbed. However, eventually a blow comes that, because of the previous blows, will cause a fighter to fall to the mat.” In another vision, Jones shares about seeing a long hallway full of doors and each door represented a month of the year, beginning with September of 2015. What he saw when he opened the door, he shares in his own words, “When I opened the door, I was able to get a picture of what life was like during that time for people in the U.S.”. He continues to share about what he saw through the door that represented January 2016, “I saw extreme violence and killing that looked like war. I could not tell where this was taking place, but I saw U.S. soldiers fighting.”

These are the very realities that are the consequences to the actions and decisions that have taken place in America. Be informed of what is taking place, how you can be prepared in order to suitably respond and prepare, and so much more. Also shared in this segment: Mark Biltz, The Jim Bakker Show, judgment, Sodom and Gomorrah, tribulation, China, Russia, and Cuba. Greg and John shared in this segment.

Mark Biltz on the Jim Bakker Show
Is America About to Be Knocked to the Mat?
Mother Teresa @ National Prayer Breakfast
A Hotline for Soldiers in Crisis
Partner with VFNtv