LISTEN NOW! John shares about gun control in NYC and how a 4 year old was shot in the Bronx, NY.

A 17-year-old was collared for spraying a Bronx basketball court with bullets, killing a plucky 4-year-old boy and injuring two men.
The teen — identified by sources as Rondell (Spidy) Pinkerton — fessed up to having a gun and squeezing off several rounds during the gun battle that left little Lloyd Morgan dead, NYPD Commissioner Raymond Kelly said.
Investigators believe Pinkerton was packing a .45-caliber pistol, which left nine shell casings at the scene, sources said.
“It’s a very sad situation where you have a 17-year-old admitting to the fact that he fired shots where a 4-year-old was killed,” Kelly said. Read more: 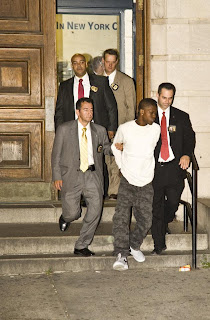 F1A2I3T4H5    3DGWA
When we know better, we always try to do better.  Retractions & Restatements
0
FacebookTwitterPinterestEmail