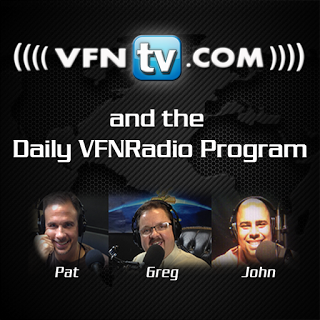 Who knew? Chia seed, like in Chia Pet toy, healthy and help in losing weight
LISTEN NOW! John, Pat, and Chris talk about the amazing benefits of Chia seed.  This is the same chia seed that has been used in the chia pet toy for children where they plant the seeds and the seeds grow and look like hair on the toy animal.  CBN reports that that are several benefits to incorporating chia seed into your diet.  Chia seed contain 6 times more calcium than milk, 3 times more iron than what is found in spinach and eight times more Omega-3’s found in salmon.  Once you consume the seeds they grow times it size in your stomach.  They continue to share the importance of healthy eating to maintain high energy to fulfill all the Lord has called us to do.
Abortionist Kermit Gosnell’s wife says she is sorry for her part in his horror
LISTEN NOW! John,Pat, Chris share about the prayer they have been praying form some time now “Dear God end abortion, send revival”. They discuss how Kermit Gosnell abortionist in Philadelphia was sentenced to three life sentences for three late term abortions the jury found him guilty of murder.   His wife Pearl Gosnell was sentenced to 7 to 23 months for her involvement.  Pearl pleaded guilty  to taking part in in illegal late term abortions, racketeering , and conspiracy according to the Blaze.  “Pear said, that her husband’s refusal to apologize to his victims meant that he was taking the “cowardly” path, philly.com reports.  For herself Pearl says “I’m sorry for my part in this horror, she added. “My husband is in jail forever, which is where he should be.”  John, Pat, and Chris continue to share Pearl took a very important step and how important it is for us to forgive others especially when they are acknowledging their sin.  God is answering the prayers of his people.  Repentance is the only way.
Brothers from Oklahoma win $140,000 in Bible Game Show to give to Missions
LISTEN NOW! John, Pat, and Chris discuss how brothers from Oklahoma Jesse, Josh, and Daniel won the game show network’s  “American Bible Challenge” and will donate the $140,000 in winnings to missions.  They all have memorized books of the Bible.  John, Pat, and Chris talk about how it is good to hear good news coming from Oklahoma and are really encouraged by these young men and their commitment to be men of the word.

The New Islamic war on Christians

LISTEN NOW! John, Pat, and Chris discuss the new Islamic war on Christians according to CBN reporting.  Christians in Egypt, Morroco, Indonesia, and Iran jus to mention a few are facing unprecedented persecution.  They themselves have either been killed, jailed, and or in many cases severely harassed.  John, Pat and Chris encourage us to stand with our brothers and sisters around the world who are being persecuted for the cause of Christ.  We must exercise the same resolve and never shrink back from our beliefs and bold stand for the Lord.  All it takes is for believers especially in the west to remain faithful and prayerful and refuse to close our eyes and hearts to our brothers and sisters in in the Lord.