LISTEN NOW! As Greg, and Pat discuss South Africa’s greatest son Nelson Mandela.  They share the transformation of one man and how this man’s own transformation transformed a nation.  Nelson Mandela went through a metamorphosis just as dramatic as a caterpillar transformed into a butterfly.  He went into prison as one man and came out of prison another man.  They continue to discuss about the life of Nelson Mandela who was the first black African attorney in South Africa and congressman.  His legacy is of one who promoted peace and was Dr. Martin Luther King’s Jr. counterpart doing the same as Dr. King did in the United States with  8% of South Africans were oppressing the other 92% of South Africa.  Mandela tried for twenty years to pursue peace to free South Africa in the sixties against apartheid through peaceful protest.  During these times of peaceful protest police in South Africa would shoot into the crowds and many were shot in their backs.  Nelson Mandela realized this wasn’t working.  They continue to discuss how George Washington and Nelson Mandela were of the same thought.  George Washington was either going to be seen as a hero or a villain and he knew it would be over if he didn’t succeed.  The same was true of Nelson “I have fought against white domination.  I have fought against black domination…”  When we have a proper perspective of times, season, and events we are able to have compassion for people.  In the same year, 1948 Israel became a nation and apartheid began in South Africa.  As a result of apartheid, blacks in South Africa were oppressed and were not allowed to vote.  Among other things even their beaches were segregated.  Nelson Mandela’s autobiographer, Richard Stengel, said that Mandela’s 27 years of imprisonment in the infamous Robben Island burned away the excess resulting in Mandela leaving prison a different man than how he went in.

The Bible tells us in Romans 12:1-2 Therefore, I urge you, brothers and sisters, in view of God’s mercy, to offer your bodies as a living sacrifice, holy and pleasing to God—this is your true and proper worship.  Do not conform to the pattern of this world, but be transformed by the renewing of our mind. Then you will be able to test and approve what God’s will is—his good, pleasing and perfect will.   When we rely on the cross we put our trust in Jesus and that releases God’s Spirit to empower us.  This is another reason we have process.  We need to go through a complete transformation.  They further discuss how in 1988 a concert was held in London to celebrate Mandela’s 70th birthday singing “Free Nelson Mandela” it was broadcast around the world, except for South Africa.  Just two years later in 1990 Nelson Mandela was released from prison and voted for the first time in 1994 and was overwhelmingly elected as the first 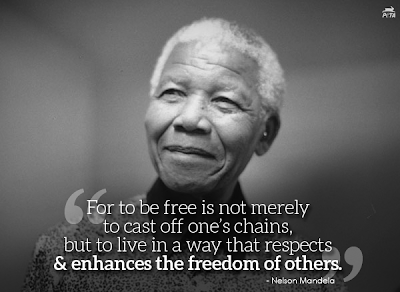 South African Black President.  He became a transformational leader because he first became a transformed man.  He later established a council to openly share how oppression and pain brings healing to nation and unified a nation when they won the World Cup.  It is said that was the day white South Africans anointed Mandela as King.  They further discuss a speech that Nelson Mandela delivered on Easter in 1994.  This speech was delivered according to Black Christian News Network, where Nelson Mandela referred to Jesus Christ as “Our Risen Savior.”  Black Christian News Network reports that after reading the Beatitudes found in Matthew 5:1-12 he began praising God for
“The Good News borne by our risen Messiah who chose not one race, who chose not one country, who chose not one language, who chose not one tribe, who chose all of humankind!  Each Easter marks the rebirth of our faith. It marks the victory of our risen Savior over the torture of the cross and the grave. Our Messiah, who came to us in the form of a mortal man, but who by his suffering and crucifixion attained immortality.”  This was a man who was truly transformed.
They further discussed those in the Bible like Joseph and Paul who suffered greatly and was themselves greatly transformed and was used as well to bring transformation.  However, there is one who went through such a transformation; born of a virgin, treated unjustly, came to set us free, and was willing to be die on a cross because he loves us.  One who was willing to say Father forgive them for they know not what they do being the first in the line of many including Nelson Mandela that would bring transformation through a surrendered life and willingness to forgive. 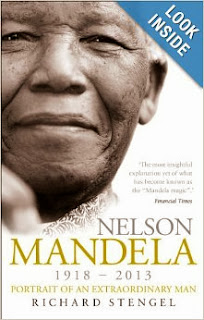 In Easter 1994 Speech Before his Election, Nelson Mandela Referred to Jesus Christ as “Our Risen Savior”

Related Articles
Remembering South African President Nelson Mandela Who Passed Away at 95
There is Risk involved in doing what is right; Will you stand up?

AMERICA: HOW WE GOT HERE & HOW WE STAY HERE!