LISTEN NOW! ﻿﻿John and Pat discuss the celebration of Black History month as they discuss a man of prayer and of power.  They continue to discuss how God used William Seymour a humble one eye black man who in the natural seemed to have so very little and yet was used so powerfully.  Seymour was born to free slaves during a time where there was much segregation.  Seymour was continually rejected by the church and eventually settled in Los Angeles and was locked out of the churc building when he preached about speaking in tongues.  He ended up in a little home having a prayer meeting and the power of God came down so powerfully that the revival meetings took a life of their own forcing them to meet in a location on Azusa Street where at least 1, 000 people gathered nightly for three years from all over the world.  It is said that nearly 600 million people have been impacted in the world as a result of William Seymour’s ministry during the Azusa Street Revival.  Although it appeared that Seymour did not have much what he did have proved to be the only thing he needed was an experiential knowledge of God.  He knew God and God knew him. 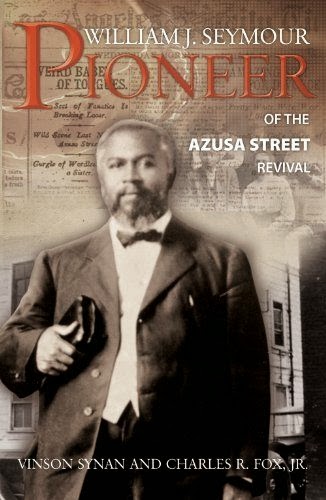 Who Do You Say I Am?, Christ & Him Crucified