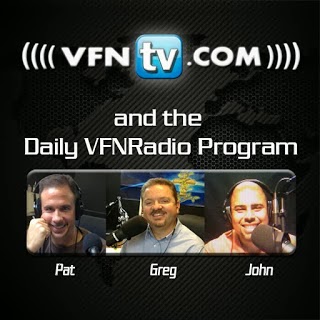 1.                Forecasters Predicting the Approaching of a  Catastrophic Winter Storm headed for the South
LISTEN NOW! John and Pat discuss how forecasters are predicting a catastrophic winter storm is headed for the South.  They continued to discuss how many governors have already declared a state of emergency for their respective states.  They further discuss how many states are taking this storm very seriously especially since it has only been two weeks since the last winter storm to strike the South.  According to CBN “One hundred million Americans from the deep South to the mid-Atlantic are preparing again for extreme weather. Forecasters say snow and ice could cripple cities and endanger lives.  Ice is the big concern. It could bring widespread power outages, especially in the southern states where so many trees and limbs hang over power lines.”  They further discuss how much of what we are seeing in the weather has a lot to do with the prophetic word from John Paul Jackson first delivered in 2008 called the Perfect Storm.  They encourage us to watch and to pray for those in the affected areas and to reach out to neighbors and friends and minister to people’s needs during these tough and challenging times.
Affordable Healthcare Implementation Delayed for Some – What’s the BIG Picture?
John and Pat discuss recent developments regarding the Affordable Healthcare Act.  CNN Money reports that “The Obama administration is giving employers more time to comply with rules requiring them to provide affordable health insurance for their workers.  Mid-sized companies with the equivalent of 50 to 99 full-time employees will now have until 2016 to provide affordable coverage under Obamacare, a year later than expected, the administration announced Monday.”  They continue to discuss how since the very beginning the Affordable Healthcare Act has been plagued with problems and although many people differ about how the affordable health care can be provided to the American people most of all people agree that something should be done.  They further discuss how the church should have compassion and be willing to explore how health care can be provided for all people.  John continues to shares what he experienced when he visited the dentist for a tooth extraction although it was a basic procedure which caused minimal pain they further discussed how he felt blessed that he was having that procedure in the United States as opposed to a third world country where he might have not benefited from the care that he did receive.  They further discussed how having compassion for those who do not have health insurance is very important and even discuss the possibilities of the church coming together to develop creative ways to provide health care to those in need.
Signs in the Heavens 4 Blood Moons Just a Short Time Away; What does it mean for Israel?
John and Pat continue to discuss the signs in the heavens as they discuss the coming 4 blood moons that NASA is predicting with the first one beginning on April 15, 2014.  They continue to discuss Erick Stakelbeck ‘s interview with Pastor John Hagee as he discusses what a blood moon actually is and what has happened in the last 500 years regarding every time we had four blood moons.  Pastor Hagee said “”There’s a sense in the world that things are changing and God is trying to communicate with us in a supernatural way,” Hagee told CBN News.”I believe that in these next two years, we’re going to see something dramatic happen in the Middle East involving Israel that will change the course of history in the Middle East and impact the whole world,” he predicted.”
Four Blood Moons over the Last 500 YEARS
1.       The first was in 1492 when King Ferdinand expelled the Jews for not converting to Catholicism and confiscated their property.  That is also when the Jewish people gave money to an explorer named Christopher Columbus to find them a new place where they can worship God freely.
2.        The second time occurred in 1948 when Israel became a nation and only 11 minutes after they declared themselves a state, then President Harry Truman with the full force backing of the United States confirmed and validated Israel as a country before the world.
3.        The third time this happened was during the 6 day Yom Kippur war when Israel was attacked and as a result of the war Jerusalem came under the borders of Israel
They continue to encourage us to pray for Israel and to stand with those who are standing with Israel.  Today it is reported that that there are 170,000 missiles aimed at Israel we must never forget the constant threat they are under.  We will be facing times that test men’s souls it’s important to stand firm.
God; Faithful Father
John and Pat discuss how Father God is a Faithful Father.  We are living in a unique moment in time where we are seeing the fulfillment of many biblical prophesies.  To date over 100,000 Syrians have been killed in Syria’s civil war, we are facing global economic hemorrhaging, Israel is completely surrounded by her enemies, American Constitutional rights have been infringed upon all while much of the church is asleep.  They continue to discuss that although we are facing difficult time we must never forget Father God’s faithfulness towards those who are His.  Jesus said in John 16:33 “In this world you will have trouble. But take heart! I have overcome the world.”  God is not only an ever present help in the time of trouble but He is faithful and dependable and He will lead us, guide us, comfort us, protect us and strengthen us so that we can make it.  We can rest in His faithfulness.  No matter what comes to the world or our way Father God is faithful and will be there for us.