Re-Digging the Wells of our Fathers; Honoring those who Have Gone Before Us

LISTEN NOW! Greg, John, and Pat discuss the importance of re-digging the wells of our fathers and honoring those who have gone before us.  They continue to discuss that when we honor those who have gone before us we are also honoring God and what He has done.  If we are doing anything for God and He is using any of us we must understand that we are just a part of what He is doing and of what He has done.  They further discuss how Rick Joyner from Morning Star Ministries had a special conference that was specifically to honor spiritual fathers that have gone before us.  The Bible is filled with what God has done and we are still reading it today.  That alone should put the fear of God in us and cause us to walk humbly.  We can’t get so caught up in the “now” Isaac in the Bible who re-dug his father’s wells that the Philistines filled up.    If we move in the flesh we will have nothing but muddy waters.  God has pure water for us but some people just don’t go deep enough to find it. We must go back for God’s original intent and go deep enough to where there is a spiritual Tsunami coming.  We have seen some of what is coming already and are eagerly anticipating God’s outpouring.  However, we are seeing much dishonor in the land.  There are many in the body of Christ that needs to be affirmed as a son as well.  The church must reclaim the family again.    They continue to honor two spiritual fathers, Brother Ken Sumrall and Brother John Kilpatrick, two men who in different times labored and Bro. Kilpatrick is still laboring for the King and his Kingdom.  They continued to discuss how even Brother Ken had not seen such unity during the time of the Malachi mandate.  They continue to discuss the importance of being rightly related with those who have gone before us honoring them and what God has done through them.  God wants us to deal with the orphan spirit that thrives in competition, jealousy, and envy.  A father in the Lord will never be in competition with a son.  In fact, a spiritual father will be his son’s biggest “cheer leader”, praying for them and encouraging him to go further than he has gone.  Those with an orphan spirit are easily intimidated and allow fear and paranoia to run their life.  Genesis 26:18-22 says, “Isaac reopened the wells that had been dug in the time of his father Abraham, which the Philistines had stopped up after Abraham died, and he gave them the same names his father had given them. Isaac’s servants dug in the valley and discovered a well of fresh water there.  But the 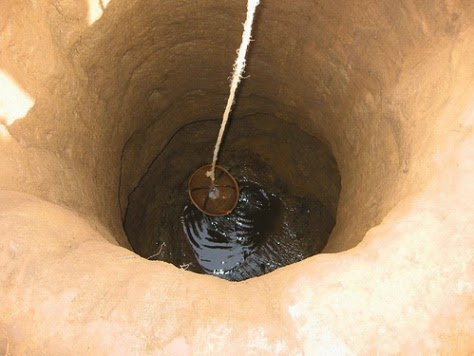 Related Content
John Kilpatrick Ministries
Steve Hill Ministries
The Torch and the Sword (Final Quest)
Pray for Pensacola
The Wall of Religion in the Panhandle Region, by Jeremiah Johnson
The Rival Spirit That Will Precede the Revival Spirit in America, by Jeremiah Johnson
The Beginning of Honor, by Rick Joyner
Isaac Redigging the Wells, Turning Hearts of Fathers and Sons, Unity
Genesis 26:18-22, Malachi 4:5-6, Psalm 133