Home GLM Kristallnacht: Night of Broken Glass Anniversary- We Remember We Will Not Remain Silent- VFNtv Stands with Israel and our Jewish Brothers
GLM

Kristallnacht: Night of Broken Glass Anniversary- We Remember We Will Not Remain Silent- VFNtv Stands with Israel and our Jewish Brothers

LISTEN NOW! WATCH!  76 years ago, a night of Jewish businesses being looted and Jewish synagogues being torched was the “overnight” event that began the open persecution of Jews under the leadership of Adolf Hitler that resulted in the Holocaust. “Kristallnacht” a.k.a. “Night of Broken Glass”, is remembered to this day by survivors when the Nazis rose to power. Jewish families fled and some were too afraid to even enter the streets for fear of what might happen. History repeats itself when we do not pay attention. This is the anniversary of Kristallnacht. We will not remain silent and the church cannot remain silent. Be encouraged as you hear how you can stand with your Jewish brothers and sisters, and so much more. Also shared in this segment: anti-Semitism, Israel, history, Adolf Hitler, Beth-el Congregation, and prayer. Greg, Pat, and John shared in this segment.    WATCH FULL PROGRAM! 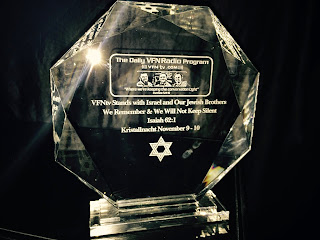 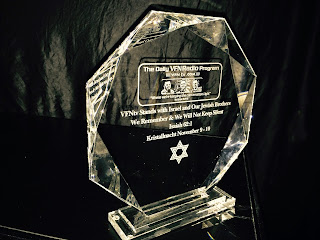