What Happened with Christians United with Israel in 2014

-1.9 million CUFI members
-514 Pro-Israel events across the nation
-Full page ads in nearly 20 major newspapers across the country
-Organized a 60 hour solidarity  mission to Israel during Operation Protective   Edge for 51 pastors, one from each state ad DC, on a 3 days’ notice
-Surpassed 1.2 million Facebook fans
-Surpassed 16,300 Twitter followers
-Brought 100 top students
Hear more of the details of what your support has done, and so much more. Also shared in this segment: CUFI, prayers, support, Israel, unity, love, Operation Protective Edge, and faith. Greg, Pat and John shared during this segment. 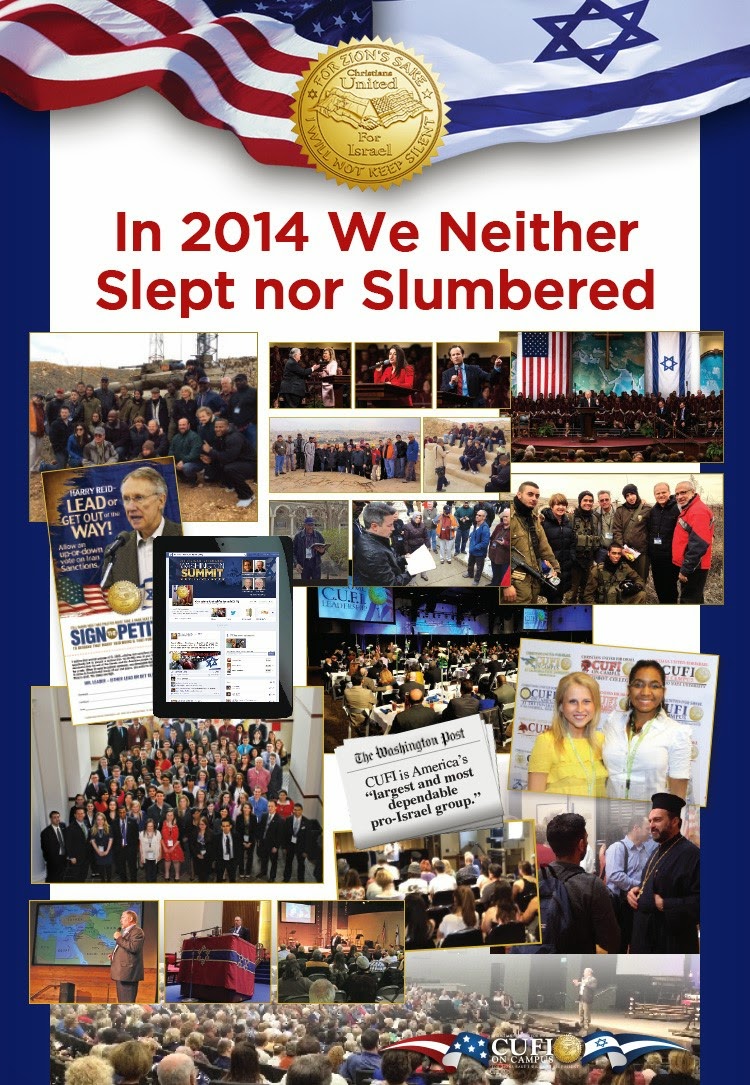 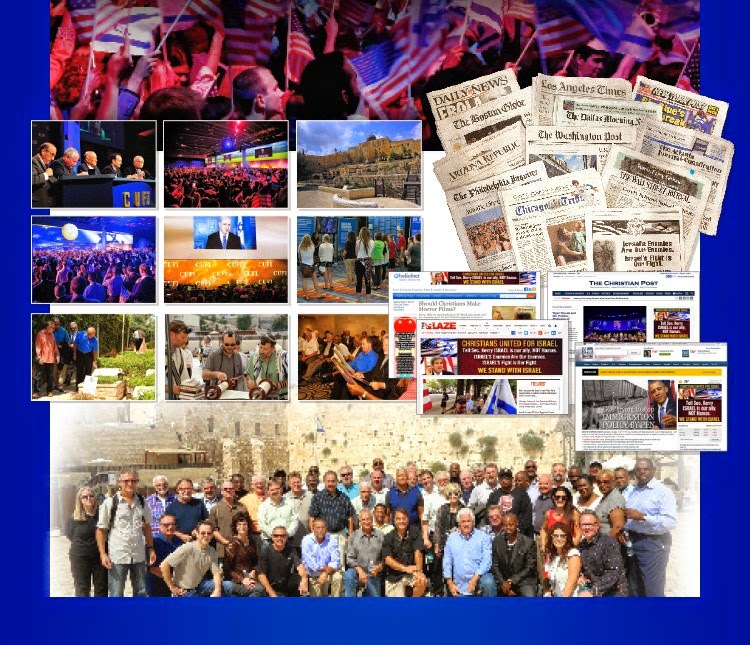