Home Crisis Does Milgram’s Obedience Study Show that if People can shed off Responsibility for their actions they can hurt and even kill people? Such as what happened During the Holocaust?
Crisis

Does Milgram’s Obedience Study Show that if People can shed off Responsibility for their actions they can hurt and even kill people? Such as what happened During the Holocaust?

LISTEN NOW! When we look at history, it is made up nations and many events that occurred within those nations. Within these nations, the leadership changes, borders can change. We have to pay attention to our history, in our nation and every nation. We can learn by taking a look at what took place in Germany. In his book Bonhoeffer Pastor, Martyr, Prophet, Spy, Eric Metaxas details the life of Dietrich Bonhoeffer and how he responded to the rise of Adolf Hitler and the Church’s involvement in the events. He wanted to make sure the Jews weren’t persecuted.
Looking at the atrocities that resulted in 11 million people exterminated in World War II, including 6 million Jews, it brings us to a controversial study done in 1963, by a Yale University psychologist Stanley Milgram. Milgram set out to seek and understand how the soldiers in Hitler’s army could validate the killing of 11 million people and what occurred that convinced one to make the decisions that defied human conscience of another life. Termed as the “Milgram Experiment”, according to wikepedia.org Milgram designed an experiment that involved three individuals, “teacher”, “learner” and “experimenter”. The “teacher” would present questions to a “student” who was in another room. Sounds simple enough. But, when a wrong answer was given, the “teacher” would administer electric shock to the “student” beginning with 15 volts of shock, to the extreme of 450 volts of shock. With each wrong answer, the voltage increased. Throughout the experiment, the “experimenter” would counsel the “teacher” to continue. Milgram summarized that 60-65% of those who administered the testing went to the full end of the testing.
How are we different from what occurred in the 60’s? In what ways are we the same? As we look at today’s age of society, there is such an accepted practice of violence and the brutal imagery of death that is broadcasted across our society, whether through video games or television. Would the results be the same, or would more people justify the fullness of completing the experiment? Another finding that Milgram revealed to the public eye was how individuals justify such action when the responsibility of actions committed can be passed on to their superior. “I was just doing my job”, “I was just doing what I was told to do”, and “I was just carrying out my orders”.
If we, as the Church, ever find ourselves in such a situation, we must first apply these realities to what God expects of us. If the commands of men ever contradict the commands of God, we must be willing to accept the consequences of men knowing that we will have to stand alone before a Holy and Righteous God when we answer alone for what we have done in this life.
When we look back and see how the events ultimately resulted in the end of Hitler’s reign over Germany, it is vital to see how the Church initially set out in response to Hitler’s actions. The first thing the Church did was undo what God said, the Word of God. Those who called themselves “the Church” merged with the national church. They surmised that they would “just work through this”. The reality is this; anytime you depart from God, it doesn’t end well. Be empowered and encouraged as you walk out just a few of the sequence of events within Germany’s history during World War II, how to be empowered as a believer in this pressing times, and so much more. Also shared in this segment: obedience, responsibility, persecution, Holocaust, Adolf Hitler, Germany, Dietrich Bonhoeffer, humility, 4 Blood Moons, Jade Helm 15, Martial Law, and crisis. Greg and John shared in this segment.
WATCH FULL PROGRAM! 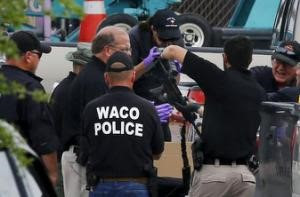 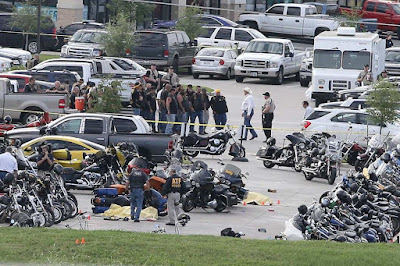 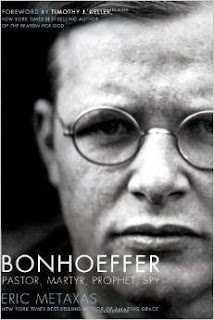 Are Nations Coordinating an Organized Nuclear Attack Against America?

It’s Only Going to Get DARKER and DARKER Until We Cry...