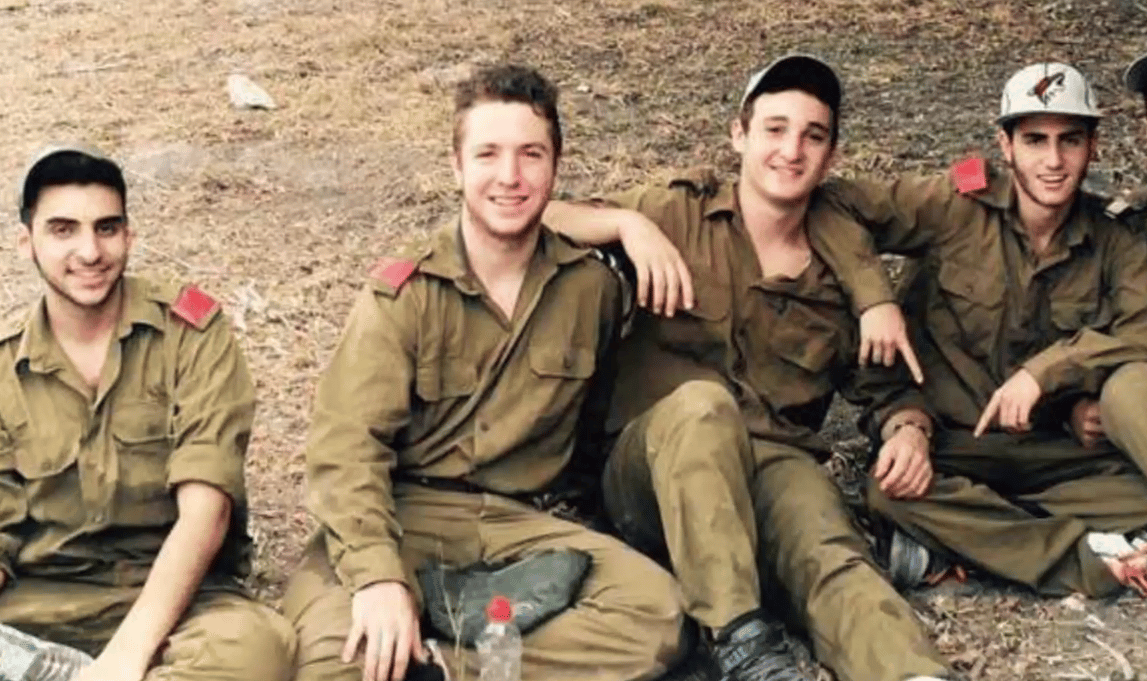 Ezra Schwartz, 18 Year Old American Citizen Killed in Terrorist Attack while Visiting Israel
Israel has continually received visitors who travel looking to support and offer help any way possible. EzraThere is a narrative being promulgated that is trying to snuff out Israel. As an 18 year old American volunteer, Ezra Schwartz wanted to respond himself by travelling to Israel to do just that. Unbeknownst to him, his trip was about to cut drastically short. According to CBN, shots were fired into the car that Ezra was riding in on an Israeli road. He died along with 2 others. It was a somber and heartfelt moment to see the scene captured by those in attendance of Ezra’s friends gathered around his coffin singing Hatikva, Israel’s National Anthem.
Prior to September 11, 2001, the word “terrorism” was an unknown word. Today, we see a much different reality as terrorism is happening all across the globe. We must keep our eyes and our focus attentive to Israel. Where is the outcry of terrorism against the Jews? Why is there such an eerie silence when these type of events come against Israeli’s? May your heart be touched and your thoughts reminded of the integral reality of Israel, the need for us to continue to pray for Israel, and so much more. Also shared in this segment: Israel, shooting, CBN, terrorism, narrative, and prayer. John shared in this segment.

See more, related content and articles for this article.
Arab Israeli Muslim Speaks before the Knesset encouraging all Israeli Citizens: Arabs, Jews, Christians, and Bedouins to stand United
Amidst the constant division and lies that are being promulgated over and about Israel, we must be a voice for light and truth about Israel. We cannot come into agreement with the words of division simply because they are said aloud. When Sara Zoabi was presented the opportunity to address an audience with a microphone to speak freely, she wasted nothing and spoke resounding words of truth to all who were present.
Before she began speaking, she made sure all understood who she was and how she perceived the realities of Israel. “I define myself as a proud Israeli, Zionist, Arab, and Muslim. A Zionist means that I support the right of the Jewish people and believe they [the Jews] deserve their own state, the holy land, the State of Israel.” What many may not be aware of is the reality that the Arabs that live in Israel live in more freedom in Israel than they would in the neighboring Arab countries. “I want to tell all Arabs and especially the Israeli Arabs, Wake Up. We live in a paradise. A million Arabs live in Israel among Jews and are not suffering like Arabs living under Arab rulers.”
Zoabi makes her thoughts known when she addresses the incitements that are brewing in Israel regarding the al-Aqsa Mosque. “The state of Israel, the Israeli people and our prime minister have no intention of destroying al-Aqsa or any other holy site. We must put an end to the false and dangerous incitement which is the cause of this recent wave of terror.” These are such refreshing words that are being heard regarding the truth of what is taking place in Israel. Now is the time that we must stand with Israel. Be encouraged as you watch the full speech from Zoabi, and so much more. Also shared in this segment: terrorism, freedom of speech, freedom of religion, Prime Minister Benjamin Netanyahu, Israel, and Zionism. John and Steve shared in this segment.

See more, related content and articles for this article.
A Closer Look at what needs to be done to protect the Homeland: Security Expert Says Can’t Wait for Uncle Sam to Protect You?
As the growing concerns of terrorism can be felt in all walks of life, Fox News’ Megyn Kelly recently spoke with Dr. Sebastian Gorka, Chair of Military of Theory at the Marine Corps University about what can be done in the realities of today. Gorka dispels the lie that some have perceived the shootings that recently took place in Paris as ‘random’, when he stated “It is clear that this wasn’t just some spontaneous event done by people who had a grudge. This is organized. This is a network. This is international.” Gorka heightens the awareness of these growing threats, “We’ve had 82 ISIS suspects arrested in America in a 20 month period; and of those, a full 30% had no intention of going to Iraq or to Syria to fight. They had decided to kill American citizens on U.S. soil.” Gorka finishes by expressing, “Don’t wait for Uncle Sam to protect you. Every American has a duty and a responsibility to be aware of the threat and be prepared to protect themselves.”

From the very humble beginning of our fledgling nation, the very first war was against Islamic pirates along the Barbary Coast. But, why is this happening now? Why is this unfolding in a progressive way? Have we abandoned God? When Kacey Sweet shares the prophetic word that was revealed by God, it will cause you to re-examine the live that you live and the opportunities that each of us are given in life. Just as the end of a football game comes with a reminder of a “Two Minute Warning”; now is the moment for each of us to capitalize on the life that we have been given, to not waste the remaining “2 minutes” and share the Good News of Jesus Christ. “We only have two minutes left”. Be stirred and challenged as you connect the understanding of the events unfolding in the world to the reality of what is most important, and so much more. Also shared in this segment: Fox News, Radical Islam, negotiating, eternity, prophetic dream, bomb, train, opportunities, evangelism, and heaven. John and Steve shared in this segment.