“Cards are Stacked Against Israel”, says Benjamin Netanyahu, Prime Minister of Israel, in regards to France stacking the cards against Israel.

LISTEN NOW! Imagine the country that you live in being made up of 8 million people and is only 70 miles wide at its widest point. You would understand the tensions and threat of multiple nations lining themselves up against you. According to reports, France has assembled a conference seeking to resolve the disagreements between the Israelis and Palestinians. If the outcome of this conference fails, France has determined to recognize a Palestinian State regardless of the outcome. Prime Minister of Israel, Benjamin Netanyahu, stated that “France has stacked the deck against Israel”. He continues, “Our position is very clear. We are prepared to enter direct negotiations with no preconditions and without conditions that are dictated.”

Some may perceive the Middle East conflict as too complicated to understand. Prager University has released a simple video to give even the most unaware individual a quick understanding in its most basic form. “In a nutshell, it’s this.
One side (Palestinians), wants the other side (Israel) dead. Israel wants to exist as a Jewish state and to live in peace. Israel also recognizes the right of Palestinians to have their own state and to live in peace. The problem is: most Palestinians and most other Arabs do not recognize the right of the Jewish State of Israel to exist.” With a brief understanding of the history regarding the Jewish people and the land of Israel, two final questions presenting a fictional situation sets the record as to the clarity of this situation.
It is imperative that we get an accurate understanding regarding the nation of Israel and the Jewish people. Hear the full report regarding what is taking place in Israel, within the capital of Jerusalem, and so much more. Also shared in this segment: Israel, two state solution, 1967 war, Sinai Peninsula, New Jersey, and negotiations. Greg and John shared in this segment.
courtesy of Picsfive/shutterstock.com 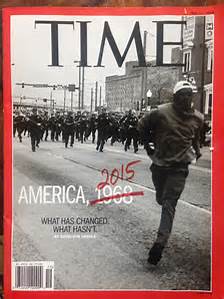