What is Wrong with America? What Can We Do? How do We Respond? A Discussion with Ravi Zacharias and the Church. Part 2 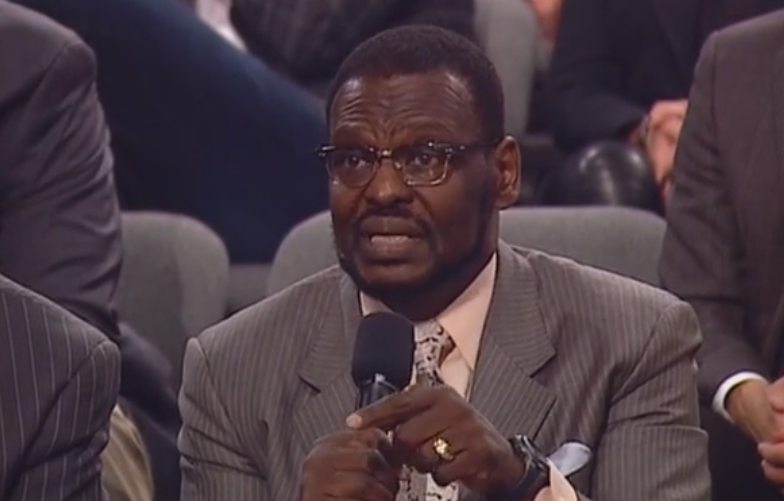 LISTEN NOW! WATCH FULL PROGRAM! [Part 1 of 2] As we continue this important conversation about the realities taking place within America, we again visit the response that George Wood, Superintendent of the Assemblies of God, makes about how there is a discrimination taking place against the Church. He asks this question, “What do you do when you’ve got a systemic discrimination taking place where a faculty will not employ someone who is intellectually capable of any academic trait, but because they have certain views, they are no longer acceptable.” He continues to detail, “So, they are characterized. They are marginalized. They are discriminated against and they are persecuted.”

Ravi Zacharias responds to Wood’s comments by highlighting the importance of his point. “It stymies me that there are evangelical voices today who don’t see how critical this matter is for the future of the unborn and of those who are already in life, whose values and voices are going to be shut down.” It is no difficulty to recognize that we are experiencing times of difficulty and division, but what we must recognize is that we must come together in these times of difficulty and division.

As President of the Southern Baptist Church, Ronnie Floyd, highlights on this very important matter. “What I find is, that those of us that come together, it’s just like Psalm 133 says, there is a mighty, mighty anointing when the unity of the Sprit is present among the brothers. We cannot do this apart from one another.” He continues to express, “It’s not about personalities; it’s about platform. That’s it. It’s not about parties. It’s about platform; and platform should be built on truth.” While many are focusing on political answers and political hopes, this cannot be the focus of the Church. “While we’re active in the processes, we’ve got to understand that the greatest need in America is the next Great Awakening.”

When Pastor E.W. Jackson, Founder and President of S.T.A.N.D., responded to the conversation, he brought up the need for a new vocabulary. More specifically, he said, “Maybe we need a new vocabulary for speaking to the American people and the Body of Christ that is neither left nor right, but uniquely Biblical and American.” He continues to express the reasoning for this when we use the terms and ideas that are currently used. “We as the Body of Christ have bought into the left-right paradigm, and we automatically lop off half of the population when we talk that way.”

As an even deeper issue, Pastor Jackson carries this point in order to address the issue of racial division in America. “It breaks my heart that members of the Body of Christ seem to find, in many instances, their primary identity in their race, in their skin color.” As an outset, he continues to express, “You end up teaching, instead of Christianity…, you end up teaching a racial ideology that becomes the cloak, in which the Church is draped, rather than it being draped in the Gospel of Jesus Christ.”

With wisdom, Ravi Zacharias responds to these comments as he expresses his own beginnings being born within the divided nation of India. Now, after being in America for 40 years, he witnesses the same division, but expresses these words; “It is not what we look like that will ultimately win people, it is the soulishness that we truly convey to people.” He continues to express, “My identity is not in my color, nor in my degrees…my identity is in the worth that God has given me…We are not reflecting the splendor of our race. We are reflecting the splendor of the Living God.”

What we also must remind ourselves regarding the days that we are living in, is that Jesus told us they would come. Pastor Harry Jackson points to the words of Jesus in Matthew 24:7, “Nation will rise against nation, and kingdom against kingdom. There will be famines and earthquakes in various places.” With this understanding, Pastor Jackson reminds us that “nobody can fix America but the Church.” As a word of encouragement, he highlights, “I believe that God is looking to raise up Martin Luther King Jr’s with his mantle to heal the racial problem. But, they’re not just going to be black people. I believe, in this generation, they are going to be whites, that they are going to be Hispanics…”

We are called to reach every race and color. We have to be focused on everyone in America, in all socio economic realities. God loves everyone and so should we. It is the love of God that will truly unite people.

George Barna’s new book, Americaat the Crossroads, reveals this very important reality in the Church. So much has changed in the recent years, Barna only researched as far back as 10 years. His research reveals the rapid changes within the Church. At the onset, ”90% Nine out of ten adults believe in “God””, but as we look closer and closer, we will see this is far from the actually reality within the Church. “Fewer than half of all Americans (45%) contend that Jesus Christ is actually alive today.”

We have to become Biblical aware of what is so that we can clearly identify what does not align with, and what contradicts what the Bible teaches. “Most people lean toward believing that the Bible, Koran, and Book of Mormon are simply different expressions of the same spiritual truths.” While at the same time, “Only 1 out of 8 adults consider themselves to be “highly knowledgeable” about the content of the Bible.”

By taking the time to have a lifestyle that incorporates the teachings and ways of the Bible, it significantly effects how we look at the world. This would be classified as having a “Biblical worldview”. Barna writes, “Those who have a Biblical world view are:

9x MORE LIKELY to avoid adult-only material on the internet

5x MORE LIKELY to believe that satan is real, not just a symbol of  evil

5x LESS LIKELY to believe the Bible, the koran and the Book of Mormon are simply different expressions of the same truth

3x MORE LIKELY to affirm the holiness of Jesus Christ

3X MORE LIKELY to pray for the President

It is vitally important that we, as the Church, understand the issues that we are facing in America, as well as within the Church. How can we overcome the mounting issues if we never address the issues at hand? Be encouraged as you see and witness this very conversation happening between many shepherds in the Church, and so much more. Also shared in this segment: government, discrimination, unity, logic, truth, Presidential Election, platforms, racism, division, healing, and Great Awakening. Greg and Steve shared in this segment.
screen capture from lifetoday.org