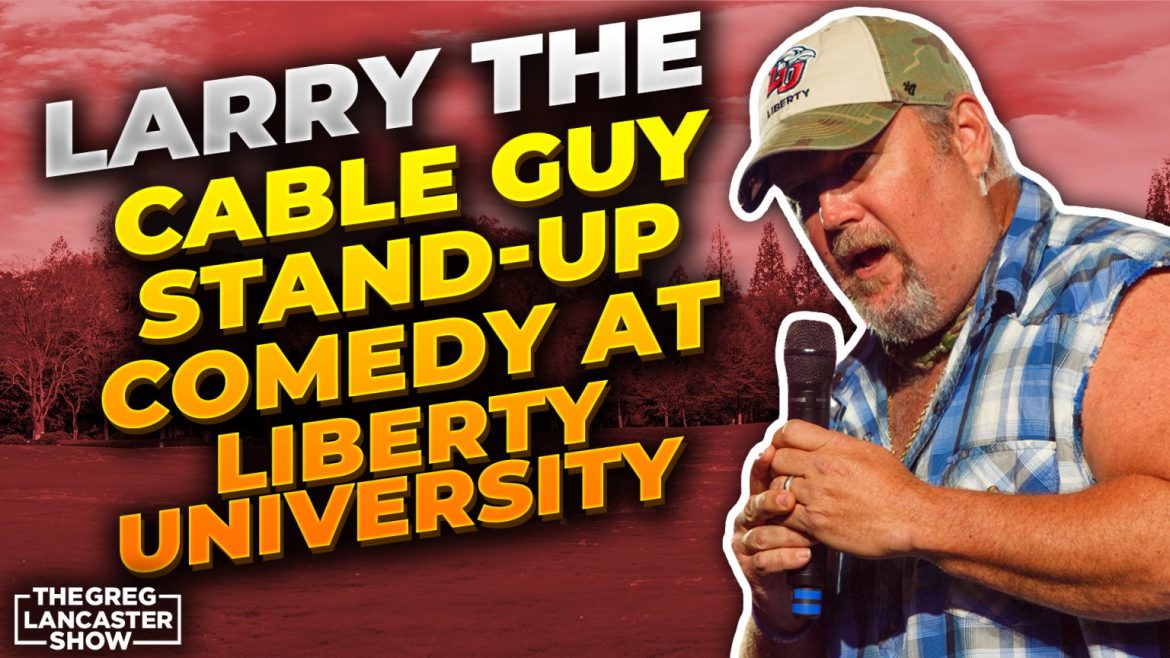 LISTEN NOW!  WATCH FULL PROGRAM! When Daniel Whitney takes the stage, applause and cheering are sure to erupt from the crowds. Some may not recognize that name, but they are sure to recognize the name that Whitney has made famous speaking on stages throughout America, “Larry the Cable Guy”. He’s known for his southern style of comedy and his well-known phrase of ‘Git-R-Done’. When Whitney recently visited Liberty University, he shared about his life that brought him to where he is today.

Some may not be aware but Whitney actually grew up on a pig farm in Nebraska, loading cattle trucks. He had always wanted to be a comedian. Amidst the many characters that he had created, one seemed to catch the attention of others, “Larry the Cable Guy”. As he shares, “When I did it on the radio, it struck a nerve…” He never thought anything of it when it started. But, as he describes, “I ended up getting syndicated on three stations. I used to call in and do social commentaries…I called 27 stations, 5 days a week for 13 years.” Some may perceive Whitney as an “overnight success”. But his story reveals this was hardly the case.

Whitney shares how his dad was a Baptist preacher and that he became a Christian as a young boy. He points out how he never did drugs or alcohol, but in this area of work, as he describes, “you get in the entertainment business, it just pulls you in.” As he points out, two years ago, he rededicated his life to Jesus Christ. His heart begins to pour out as he shares his thoughts and concerns about so many of the things that he has done in his life. “I just feel horrible about some of the things that I’ve done; and unlike other people, everything that I did and said, is on tape for everybody to see. I’m proud of some things that I’ve done…but there are things that I’ve done onstage, now that I’m back in the fold, now that I’m back with my Savior, there’s things that I look back on and I wish I wouldn’t have done it.” Whitney continues to point out this important truth, “Men don’t forgive you, and I don’t care if men forgive me, Jesus forgives me.”

It is so powerful to witness Whitney being so open and truthful about his life, about his journey, and about where his true happiness comes from. It is so beautiful to witness God’s restoration and healing in someone’s life. Breakthrough is not simply financial breakthrough, but breakthrough in our spiritual walks with the Lord. There are many who are about to be brought into the Kingdom, and we need to be there to demonstrate the love and compassion of the Lord to each and every one of them. Enjoy heartfelt laughter as you hear the entire comedic act, as well as tears of joy and empathy as you hear the relational truth of his life, and so much more. Also shared in this segment: dieting, Instagram, carbohydrates, humor, Disney Cruise, Golden Corral, Jeff Foxworthy, Elvis, bullies, David Jeremiah, Ravi Zacharias, and cattle ranching. Greg and John shared in this segment.
screen capture from liberty.edu