Home 7 Mountains of CultureFaith Mountain JERUSALEM THE ETERNAL CAPITAL OF ISRAEL; Trump’s Bold Stand for Israel TODAY, Etched his name in the history books of eternity, right beside Truman’s – Recognizing Jerusalem as the Capital of Israel!
Faith MountainGovernment Mountain

JERUSALEM THE ETERNAL CAPITAL OF ISRAEL; Trump’s Bold Stand for Israel TODAY, Etched his name in the history books of eternity, right beside Truman’s – Recognizing Jerusalem as the Capital of Israel!

To say that this is a momentous occasion would be an understatement of all understatements. Many prayers have been continually lifted up on behalf of Israel and America’s Embassy in Tel Aviv the moment the Jerusalem Embassy Act was passed as public law more than 20 years ago. The Act instructs the Embassy to be moved to the capital city of Jerusalem. Today, it has now become a reality. The 45th President of the United States, Donald Trump, has just announced that he is moving America’s Embassy in Israel, from the city of Tel Aviv, to Israel’s capital city, Jerusalem. This is a mighty day to celebrate.

This will be a day that many will remember in their lives and will forever be remembered as a turning point in the pages of history. As the city of Jerusalem has been a continual ‘topic of conflict’ in the Arab world, President Trump clearly understands that the same actions previously taken in decades past will not produce different results. “We are no closer to a lasting peace agreement between Israel and the Palestinians. It would be folly to assume that repeating the exact same formula would now produce a different or better result.” In response, the President shares these historic remarks; “Therefore, I have determined that it is time to officially recognize Jerusalem as the capital of Israel.”

John Hagee underscores our need to continue to pray for our President as well as America’s unwavering commitment to stand alongside our ally, Israel. “Let’s unite together on this historic day to pray for our President, our nation and the nation of Israel like never before. Let’s pray that the United States will remain resolute in its commitment and support of Israel…As Christians, it is our duty to minister to the Jewish people in a substantial and material way.” This move of America’s embassy is not just simply a fulfillment of what the Jerusalem Embassy Act stated, but it is much more than that. It is a declaration to the nations of the world that Jerusalem is the capital city of Israel, and America’s bond with Israel is as strong as iron. See the President share his statements on America’s Embassy in Israel, and so much more.
Shutterstock.com/gali estrange 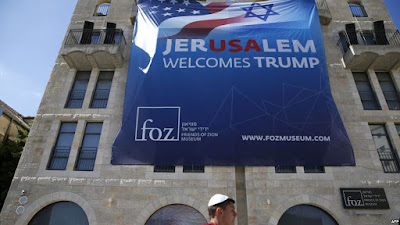 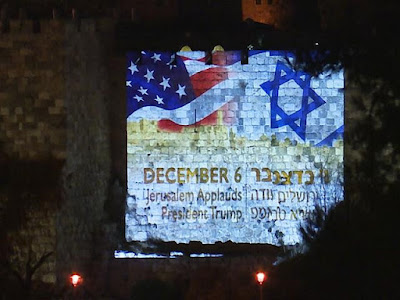 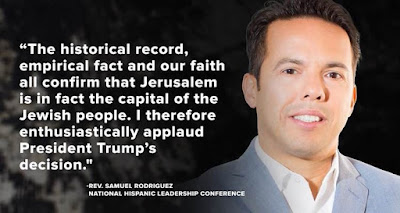 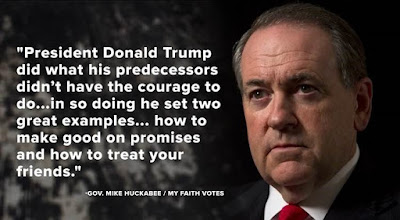 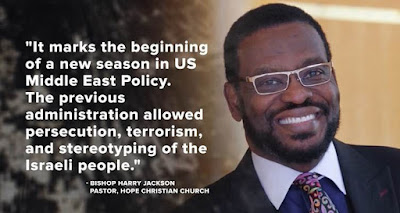 Related Content
President Trump Gives a Statement on Jerusalem
President Trump’s Tweet Regarding Move of U.S. Embassy to Jerusalem
President Trump to move US Embassy to Jerusalem – John Hagee Ministries
Trump officially recognizes Jerusalem as Israel’s capital, orders embassy move for US
Trump to announce US embassy move to Jerusalem
Celebrate This Historic Day With The Nation Of Israel
The Jerusalem Embassy Act of 1995
Embassy of the United States, Tel Aviv, Israel
Abide.org
Emmaus Road Discipleship
VFN Kingdom Business
Subscribe to our YouTube Channel
Follow us on Twitter
Partner with VFNtv
Related Articles
Pray for our President of the U.S.A., President Donald Trump
Prayer for IsraelDon’t Be Distracted!: Keep Your Eyes on Israel
Are You Ready to Stand with Israel?
PROPHECY! What Was, Is Again—Trump, Truman, Truth, John Kilpatrick
ANSWERED PRAYER! White House Press Conference between President Trump and Prime Minister Netanyahu
The Relationship Between Israel and America “is About to Get Even Stronger” says Prime Minister Netanyahu about Relationship Between America and Israel!
Israel’s New Law Makes it Legal to Build in the West Bank, Jerusalem is the Capital of Israel
Moving US Embassy to Jerusalem? Congressional Delegation in Israel on Exploration Trip
America will Be Blessed! President Elect Trump to Move U.S. Embassy from Tel-Aviv to Jerusalem
STANDING WITH ISRAEL: AIPAC- American Israel Public Affairs Committee as well as FDIF- Friends of Isreali Defense Forces Making Huge Contribution to ISRAEL’S Security and Survival
“We are all rooting for him” says President Obama on President Elect Donald Trump’s Victory; and other’s Congratulatory Speeches
#VFNtv   F1A2I3T4H5    H1O2P3E4    I1S2R3A4E5L6
Bishop Harry JacksonChristians United for IsraelCUFIFriends of Zion MuseumGovernor Mike HuckabeeIsraelJerusalem IsraelPastor John HageePresident Donald TrumpPrime Minister Benjamin NetanyahuReverend Samuel RodriguezThe Jerusalem Embassy ActThe Trump AdministrationThe White HouseUS Embassy in Jerusalem
0
FacebookTwitterPinterestEmail