Home Faith 173 ACCOMPLISHMENTS IN 353 DAYS! Looking Back on the First Year of the Trump Administration
FaithGovernment MountainHope

173 ACCOMPLISHMENTS IN 353 DAYS! Looking Back on the First Year of the Trump Administration 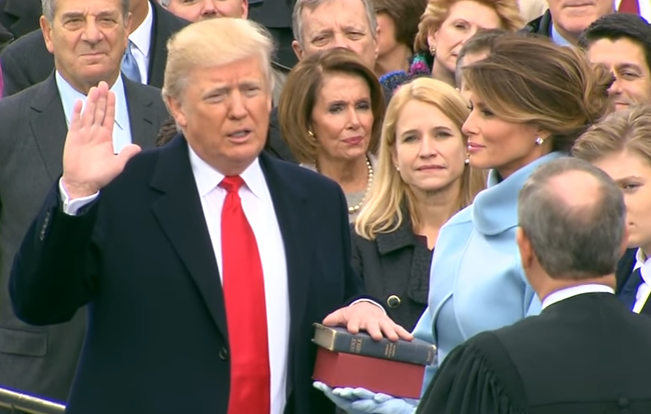 LISTEN NOW! Or WATCH FULL PROGRAM! When we look back over the last 8 years of the previous Administration, we can see the significance and incredible SHIFT that has taken place in America since President Trump has taken leadership in the White House. In his first year of Presidency, President Trump has done an incredible work in America.
As a brief overview, and skimming the surface of what has taken place, President Trump has nominated and appointed Justice Neil Gorsuch to the Supreme Court, he has stood in support of our law enforcement and military, responded swiftly to eradicate gang cartels such as MS-13, and nearly decimated the existence of ISIS. This is nothing more than the mercies of God. God has used President Trump as the Lord has used Cyrus.
When speaking to Faith Nation, Pastor Paula White also commented on the tremendous actions that have been carried out within the Trump Administration. Pastor White points out how President Trump has recognized Jerusalem as the capital of Israel, his involvement with the National Day of Prayer, as well as the many faith leaders he has invited to the White House.
All of this is simply the beginning of all that was accomplished. President Trump has now brought unemployment to its lowest since the government has been tracking these statistics. President Trump has pulled $255 Million in support that was going to Pakistan because of their refusal to harbor terrorists. He has also cut a record amount of government regulations.
We must recognize how President Trump’s leadership is affecting all 7 areas of America’s culture. It begs us to ask the question: are we moving in the area of culture that God has called us to operate in so that we can make the biggest impact? God is moving in a powerful way and we must respond to what God is doing. See the full conversation of what President Trump has accomplished in his first year of office, and so much more. Also shared in this segment: The Trump Administration, The White House, tax reform, federal regulations, ICE agents, Mexico border wall, Pastor Patricia White, Faith Nation, Pakistan, 7 Mountains of Culture, draining the swamp, United Nations, Cass Susstein, unemployment, Dow Jones Industrial Average, counter terrorism, Radical Islam, ISIS, mercy, hope, and prayer. Greg and John shared in this segment.