Star Parker; Tragedy to Triumph; Robber to News Caster, the Story behind the Story 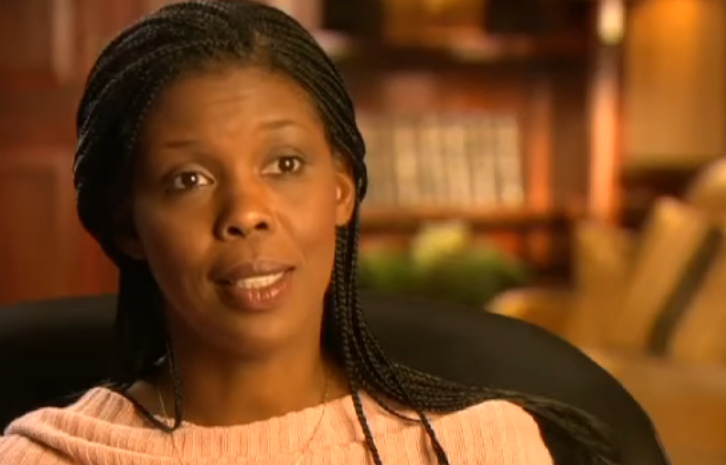 LISTEN NOW! Or WATCH FULL PROGRAM!
When we look at our lives, often we think that our story is unique. Yet, when we look at the lives of others, we can see how our lives can be similar in so many ways. When we look at the story of Star Parker, we can see and understand that she has endured her seasons of trial. Perhaps, you may be able to empathize with her as you see your own story in a way.   As Parker shares the journey that she endured early in her life, she points out that the way that she was living was not the way that she wanted to. Burglarizing houses and staying out late partying, was not the lifestyle that she saw for herself.
The moment she found herself running from a business owner after attempting to rob them, she realized something was wrong. “Wow! There is something wrong with what we’re doing, and we could actually end up dead…It was my first experience with feeling that I am really going down a path of no return.”  Even after this realization, Parker continued down the same path. “I didn’t like the decisions I was making. But I didn’t have any control over them I felt. I just was doing whatever came.”   After deciding to abort four pregnancies, she decided to keep the baby when she became pregnant. She soon found herself as a single mother on welfare. When she walked into a business looking for work, she was shocked at the reason the owners told her as to why she couldn’t be hired. “They told me my lifestyle wasn’t acceptable to them. I couldn’t work there.” She pressed back, “Unacceptable to who?”. She never expected to hear what came next. “Unacceptable to God.” As Parker explains, “Up until that point, I never really thought about God; and I never really thought about God thinking about me.”   Later in her pregnancy, she found herself in the hospital. It was during this time in the hospital that she received an unexpected visitor: one of the businessmen who refused to hire her. He shared with her that God loved her. Even though the man kept calling her, nothing changed in her life as she stayed on the same road. “And then finally, I just went to church with him. Cause I thought maybe what he was saying was true. Maybe God did love me.” Parker continues to share how this one encounter was the turning point in her life and how God began to speak to her, little by little, and completely transform her life.   How does this story encourage you? Can you relate to what Star Parker experienced in her life? Do you feel as though God doesn’t love you, or isn’t concerned about the way that you are living your life? The truth of the matter is that God did not come to make bad people good. God came to make dead people alive. See the full story of Star Parker as you see her share her full testimony, how God spoke to her about her lifestyle, about being on welfare, and so much more. Also shared in this segment: God loves you, salvation in Jesus Christ, testimony, Star Parker, evangelism, hope, truth, repentance, Holy Spirit, being born again in Christ, and peace. Greg and John shared in this segment.
screen capture from youtube.com/Star Parker
Related Content
Star Parkers Story
iAbide.org
Emmaus Road Discipleship
VFN Kingdom Business
Subscribe to our YouTube Channel
Follow us on Twitter
Partner with VFNKB
Related Articles
Chip & Joanna Gaines Of HGTV’s “Fixer Upper” Share Their Testimony And Encouraging Journey
NBA’s Dwight Howard, Of Houston Rockets Shares His Powerful Testimony Of His Relationship With Jesus Christ
Larry The Cable Guys Shares His Salvation Testimony
evangelismGod loves youHoly SpirithoperepentanceStar Parkertestimonytruth
0
FacebookTwitterPinterestEmail