‘HIS FAMILY OWNED MY FAMILY’ Two Men, from Broken Pasts, Find out How Much God is Into RECONCILIATION! 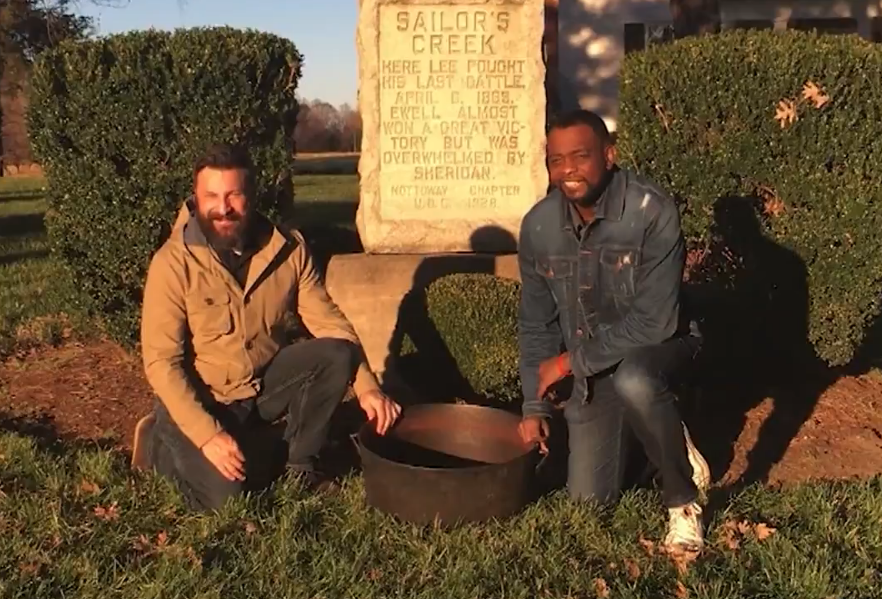 For those that call America home, some may be able to trace their heritage back to a distant relative that traveled from a distant country, to begin a new life in America. Presently, there are more than 300 Millions Americans that call the Land of the Free their home. With so many people in this diverse nation, sometimes we find out we are much closer to each other than we realize. For Matt Lockett and Will Ford, neither of them could have imagined just how interwoven their families were.

As CBN News reports, Lockett’s family comes from Kentucky. Not entirely sure of where their family line came from, Lockett’s father would joke, “I guess were just a bunch of mutts from Kentucky.” Ford, on the other hand, understood that he is a descendant of slaves. Complete strangers to one another, Lockett and Ford had no idea how their lives were about to collide.

As Lockett explains, God gave him a dream that guided him to the Lincoln Memorial. “That was the place that Will and I came together.” That evening, the both of them attended a prayer event. During this gathering, Ford shared the story of a family heirloom that had been passed down through his family’s generations, and now to him; “a pot, used by slaves, to muffle their voices during secret prayer meetings.” It was this encounter that brought the two even closer together than before. God was speaking to Ford about the significance of the voices that He hears. “If I heard the silent whispers of slaves under these kettle pots, how much more so do I hear the silent screams of babies being aborted in this nation?”

The relationship between Lockett and Ford continued as they traveled the nation calling others to prayer and reconciliation. Lockett points out how he was intrigued by how this prayer kettle had arrived into the hands of Ford. As Lockett explains, “he shared the part of the story that shocked me, that this kettle had been handed down to Harriett Lockett.” At the time, neither of them knew who Harriett Lockett was. Ford shares a nugget of information about his family that shocked the both of them. “My oldest known family member was a man named Isaac Lockett.” He continues to share, “the only known Locketts, at the time period, in Virginia, was Matt’s family.” This launched the two on a deep search of more research into their own family’s history. What they found out stunned them both.

“We learned through empirical evidence, Matt’s family is the family that owned my family.” As Ford explains, this caused a deep struggle for him. “We had stories past down about how slaves were beat to death for simply going fishing without asking. And, I really had to forgive, from my heart, Matt’s family for owning my family.” Lockett had to do some soul searching himself. As he points out, often, issues such as this can be completely missed due to a lack of sincere acknowledgment.

“There is many times…particularly with white America, there can be an attitude that…when these issues are discussed, and the history of slavery, even the pain, the lingering pain of that to this day, there can be a negative attitude that just kind of dismisses it and says ‘look, you weren’t there. I wasn’t there. Get over it.’”. Lockett continues to explain the importance of addressing the matter. “There is a very real, lingering pain, associated with it, generationally.” What made this story so different for Lockett and Ford was the personalization of it all.

“And, now that pain had a face. And it was the face that I love.” As Ford shares, it is this process of reconciliation within the Church that is finding it purpose in our generation. “God is using a united Church to heal a divided nation.”

Acts 17:26-27 remind us how intimately involved God is in the details of our every lives. “From one man he made all the nations, that they should inhabit the whole earth; and he marked out their appointed times in history and the boundaries of their lands. God did this so that they would seek him and perhaps reach out for him and find him, though he is not far from any one of us.” God not only decided when we would live, but also where would live. That means that God already knew what our address would be, who our neighbors would be, and how our lives would be interwoven with the lives of those around us.

God was even involved in that very first meeting when Ford and Lockett met each other at the Lincoln Memorial. It was on the steps of this same memorial that Reverend Martin Luther King, Jr. shared these inspiring words. “Sons of former slaves and sons of former slave owners will they be able to sit down together at the table of brotherhood.” Our lives are so much bigger than we assume them to be. As Ford shares, “I think what God is shouting to America right now is this; What storyline do you want to be a part of? The healing or the hurt? The blessing or the curse?”

This is the very conversation of reconciliation and healing we, as the Church, need to have. Be inspired and deeply touched as you see the full story of how Lockett and Ford came to this surprising discovery of their family’s past, how they are following God across the nation, and so much more. Also shared in this segment: slavery, racial reconciliation, spirit of racism, CBN News, prayer, Holy Spirit, dreams, Reverend Martin Luther King, Jr., healing, and repentance.