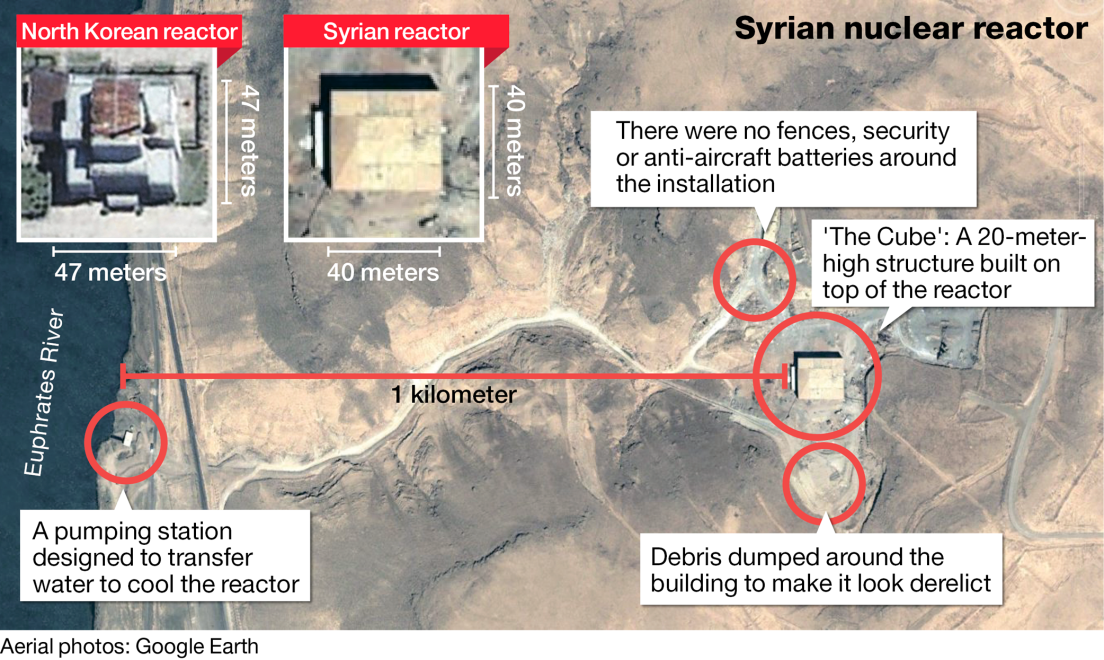 Can you imagine in Syria if they had a nuclear facility? It happened! So much has been uncovered and we discovered that Israel destroyed a nuclear reactor in Syria. Haaretz did an amazing story on this. It was censored for over a decade, and Israel did not know that this reactor was being built for years. Many of our tribe in VFNKB pray for Israel, and the peace of Jerusalem, praying for Israel touched this small nation to discover what was going on. This is something Israel did not know about, and God revealed it by answering our prayers! The military recently allowed this to be released with limited information.

Credit is given to several people as to who helped with the bombing of the reactor, but it was said it would not have happened without, Prime Minister Ehud Olmert, Mossad chief Meir Dagan and Israel Air Force commander Eliezer Shkedi. This investigation was started by the Mossad. “the Mossad research team concluded that Syria was working on a nuclear program of its own. The Mossad intelligence division distributed a document with an assessment to that effect in February 2004. Meir Dagan was skeptical about the findings; Syria was not a top priority for Mossad activity, and the assessment did not constitute a breakthrough in the gathering of substantial proof. In the course of the examination, the researchers identified the Cube. At a distant and isolated site called Al Kibar, less than a kilometer west of the Euphrates River, the Cube aroused their interest in particular. It was a square building with an area of about 1,600 square meters (more than 17,200 square feet), which was 20 meters (close to 66 feet) high. “We had satellite pictures of a large building in the middle of the desert, with no explanation,” says the MI chief at the time, Gen. (res.) Amos Yadlin”, A large cubicle building, was the focus since the end of 2006.

What led to the breakthrough was Mossad being able to obtain information from Ibrahim Othman in March 2007. “A cell of Mossad agents from the Keshet unit broke into the apartment where Othman was staying and within less than an hour “vacuumed up” the information that was on the Syrian official’s personal computer, which had remained in the apartment while he was taking part in the conference. Othman’s negligence turned out to be the worst security offense in the history of Syria.” Without the Mossad’s continually working on this most likely the plan to destroy the nuclear reactor would not have happened. And with this discovery, the Mossad was able to bomb the building and the reactor before it was able to become active!

It was discovered that the nuclear reactor was produced in North Korea and they wanted to get leverage in the middle east. There is no way to stop North Korea from having nuclear weapons because they gave the blueprints away. This building “the cube” in Syria looked exactly like the building in North Korea. And as we see in this case as Mossad dealt with Syria, radical people must be dealt with! Prime Minister Benjamin Netanyahu shared on Twitter concerning this attack, “The Israeli government, the Israel Defense Forces and the Mossad prevented Syria from developing nuclear capability. They are worthy of full praise for this. Israel’s policy was and remains consistent – to prevent our enemies from arming themselves with nuclear weapons.”

We need to continue to pray for the peace of Jerusalem! “Pray for the peace of Jerusalem: “May those who love you be secure.” Psalm 122:6 We want to hear from you and what you think about this discovery of the nuclear reactor. Also shared in this segment: Security, Vienna, Libya, John Bolton, Japan, South Korea, Islam, IDF, Olympians, War. Greg and John shared in this segment.