Home Civil Christianity Bernice King, Daughter of Dr. Martin Luther King, Jr. says she is Profoundly Responsible for Carrying Father’s Legacy to the next Phase as Should We
Civil ChristianityFaith MountainGovernment MountainLove

Bernice King, Daughter of Dr. Martin Luther King, Jr. says she is Profoundly Responsible for Carrying Father’s Legacy to the next Phase as Should We 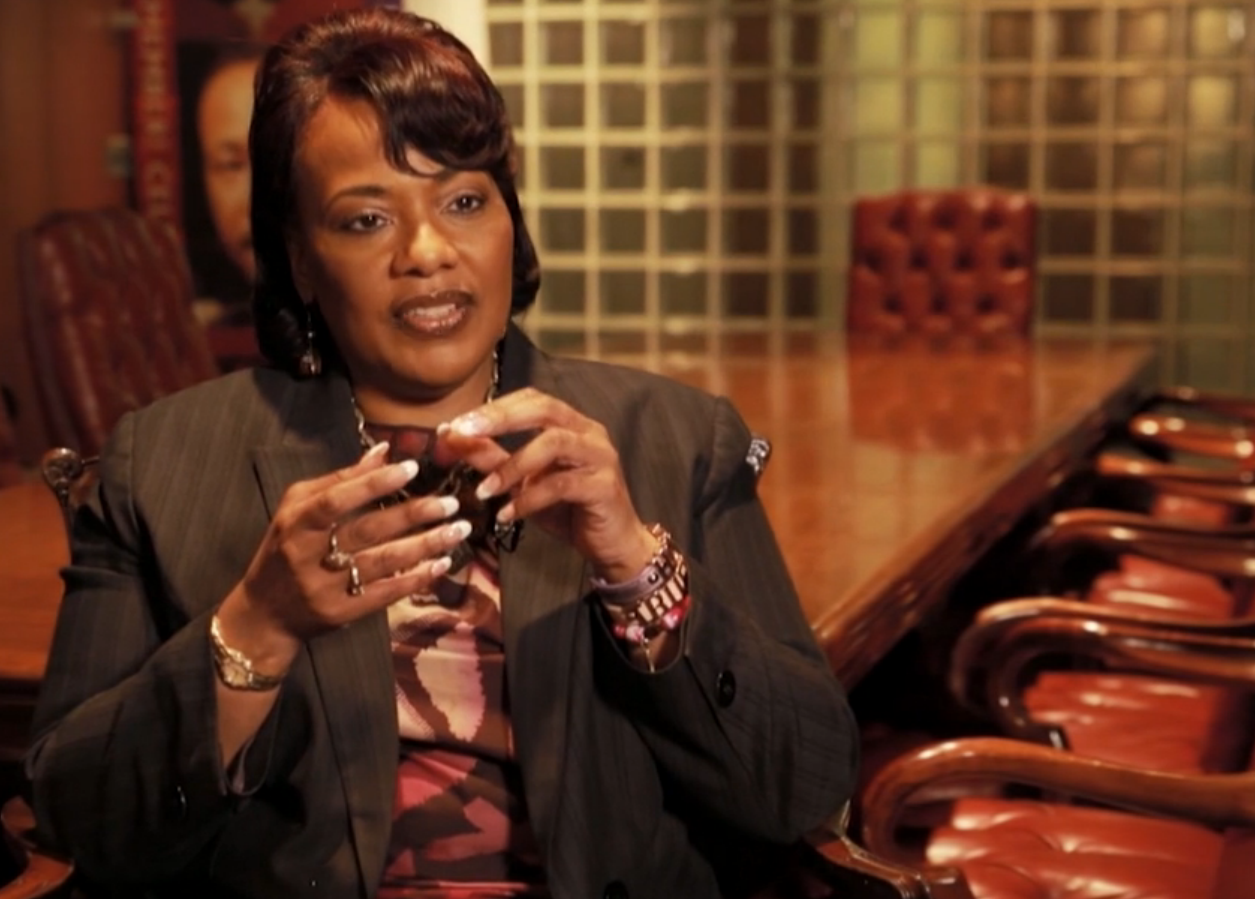 Bernice King, Martin Luther King Jr’s daughter shares with us today, as she led a delegation from the King Center in response to the actions that took place in Ferguson, Missouri. She speaks of non-violence and love as the response to those actions. “Non-violence is a way of life in courageous people. Non-violence seeks to win friendship and understanding. Non-violence seeks to defeat injustice and not people. Non-violence chooses love instead of hate.” Bernice calls this movement “Non-violence 365” and she shares about the time that was known as the “Civil Rights Movement.” “The movement that was led by my father was a spiritual movement. It wasn’t a Civil Rights Movement. It impacted Civil Rights. But, it was a spiritual movement and its assignment was to Civil Rights.” As Bernice grew up her mother told her she was a lot like her Father. She carries on her parents work as CEO of The King Center, which her mother, Coretta Scott King founded. “You want to preserve the possibility of reconnecting the brokenness in communities, that’s Christ and He has given to us the ministry of reconciliation and that really is what this Non-Violence 365 is all about.”

When truth is spoken it is so encouraging! Bernice King is sharing so much truth through her ministry. Jesus had a non-violence movement. He entrusted Himself to His Father who judges justly and did not react in violence. We want to hear from you and what you think about non-violence. Also shared in this segment: Healing, Protest, Social Injustice, Social Activism, Obedience, God’s Voice, Culture, Legacy, Excellence, Integrity. Greg and John shared in this segment.