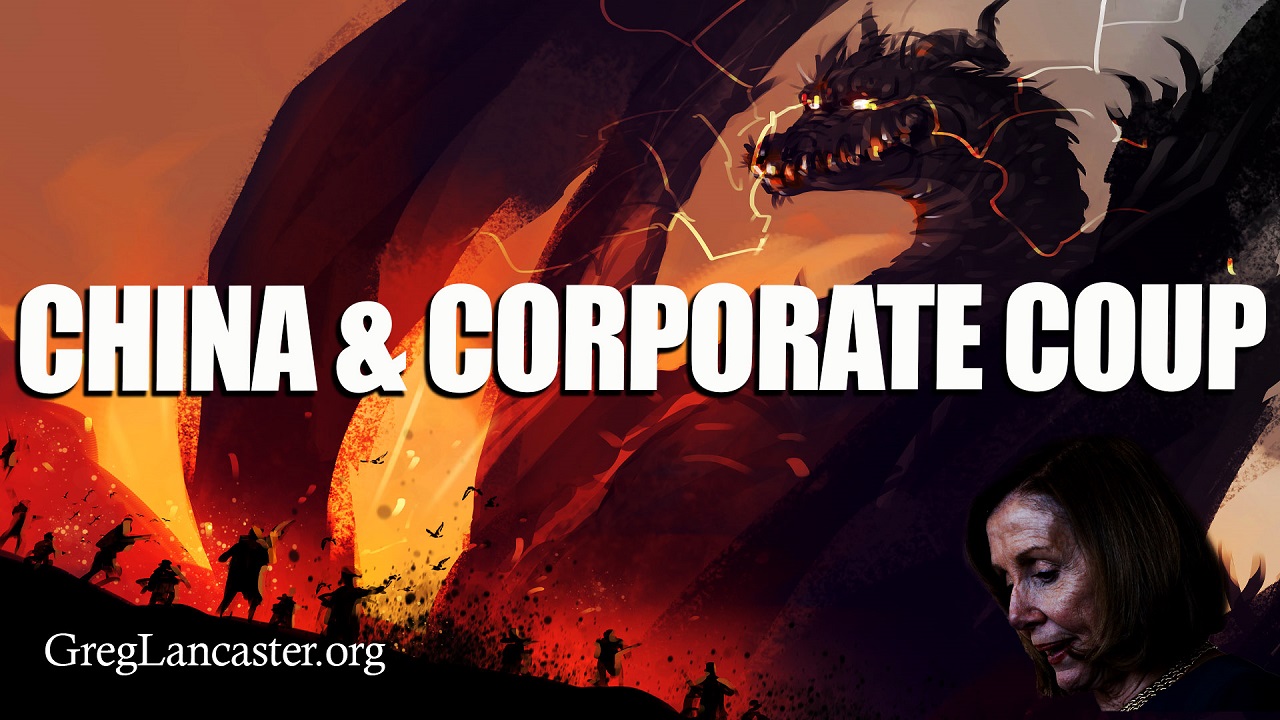 My heart is disturbed, as yours is about the state of the government and America. I asked the Lord to speak to me last night. He spoke to me in a dream. I am so grateful that He did. My heart is filled with gratitude for Him speaking to me. I cannot put into words how much it meant to hear the Lord’s voice in this matter.

This is what I was shown:

This thing attacking America is “The dragon.” It is hidden but working through Nancy Pelosi and those she represents.  She thought she had this, seemingly coup of America, in the bag, but a law maker someone in Congress passed a law, rule or took some action of some sort which established something that she was not aware of. Something that she did not know could be done.  When the congressman told her, she couldn’t believe it. Unconvinced she goes and looks it up. She looks at an oddly shaped design, (paper I first thought), which had different segments to it. One of the segments had “the law/thing” this congressman established. She finds it and with an “I’m defeated” gasp, she leans back in her chair, defeated. Totally happened outside of her knowledge and unaware that there was something that could stop her.

She couldn’t see me, but I was standing behind her the entire time watching this. I then reached over her to pull out this oddly shaped (what I thought was paper) which was partially hidden under a book. When I pulled it out from under the book a dragon was revealed behind the book. Nancy Pelosi went to the tongue of the dragon to find out if it was true what the congressman enacted. I did my best to design what it looked like and how NIXON was written on it. The Tongue of the Dragon

What she found that defeated her was written on the tongue of the hidden dragon. The word that I saw in that section that she put her finger on, so she could read it, was “Nixon.”

While she is sitting there defeated the congressman was ready to tell the press. He said that he is not going to tell only one reporter. He said it had to be at least two. I then began looking for the press at the capitol building where the congressman was. I went behind the walls, which were very flimsy, where the “admin/state” (deep state) is located. All the “behind the scenes” staffers who run the congress were not there, I did not see anyone, it was empty. It was like they had all gone to lunch or were doing something together. It was like I knew that they all felt that they also “had this thing in the bag.”

When I was behind the walls looking for the press, I saw there were glass floors on each floor that goes down under the capital; three or more floors. When you get behind the walls everyone is in full sight of each other because of the glass floors; they each know what the other is doing: Press, Staff, State, Deep State, etc., behind the flimsy walls of congress.

I was standing on the walls; they were flimsy and could easily fall. The Lord told me that “It’s a house of cards.”

I feel greatly encouraged that the dragon will be defeated. The thing (Dragon) Nancy Pelosi is depending on will be used to defeat her and those she represents.

The Dragon is China, the Chinese Communist Party, CCP, and Nixon was the one who Opened America’s Market/Economy to China. He let “THE DRAGON INTO AMERICA.” Nancy Pelosi represents Silicone Valley: Google, Twitter, Facebook, Corporate World, and other International Businesses who are deeply invested in China and would lose “BIG!” if America decoupled from our China America economy.