Home 7 Mountains of CultureFaith Mountain POLARIZATION! – Are They Using Tips from Lucifer to organize America and the world?
Faith MountainGovernment MountainOrganizer of the Day vs Organizers of the Night SeriesSaul Alinsky & Rules for Radicals: A Biblical Perspective

POLARIZATION! – Are They Using Tips from Lucifer to organize America and the world? 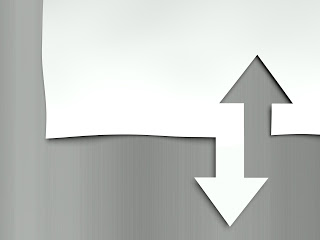 LISTEN NOW!  Greg and Pat continue the conversation [see previous conversation] seeking an answer to the question is America and the world being organized?  If it is, what for and how should we as Christians respond?  Greg is sharing from the book “Rules for Radicals” that gives a shout out to Lucifer as the first one who organized a community and got his own way because  Marshall Ganz, a well-known community organizer who says he worked with President Obama explains how you organized people saying to Bill Moyer, on the Bill Moyer and Company Program,…

“it’s like Saul Alinsky says… Organizers have to be well-integrated schizoids, because you have to polarize to mobilize and depolarize to settle.  But without polarizingyou’re never going to mobilize anything. And yeah, THEN there’s a time to negotiate…”Rules for Radicals. (1)

This makes logical since if you have to encourage someone or a representative government who may refuse to look deeply at how they may be being unjust in their actions. Dr. Martin Luther King, Jr demonstrated that very well.  With his stand for civil rights, but is also can be used for evil as so clearly written about in Saul Alinsky’s book “Rules for Radicals.”

It is amazingly eerie how seemingly most every point Alinsky makes in this book for community organizers seems to be demonstrated in the actions of our President and in those supporting the “fundamental transformation.”

Polarization is when you put people, organizations, ethnic groups, religions, nations, etc. against each other. Present one as a polar opposite of the other, then “egg one or both on” to go after the other.

Greg shares how it looks like not only has American Christians, religions, races, sexes, parties, houses of governments, judges been polarized, he has also seemingly been a part of polarizing Israel and the middle eastern Arab League nations, especially Iran. It is one thing to polarize a community because you want to traffic light, or even a nation for injustices and it’s an entirely different matter to polarize THE APPLE OF GOD’S EYE, Israel.  Joel 3:1-2;   Zechariah 2:8-9  listen to the broadcast for it in its entirety.

Praying For President Obama
Organizer of the Day vs Organizers of the Night: Are They Using Tips from Lucifer to Organize America and the World