Home 7 Mountains of CultureFaith Mountain THE LAW! Are They Using Tips from Lucifer on how to organize America and the world?
Faith MountainGovernment MountainOrganizer of the Day vs Organizers of the Night SeriesSaul Alinsky & Rules for Radicals: A Biblical Perspective

THE LAW! Are They Using Tips from Lucifer on how to organize America and the world? 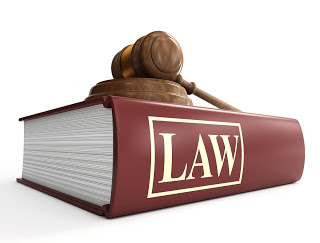 LISTEN NOW!  Greg and Pat continue the talk about organizer and author, Saul Alinsky’s book, Rules for Radicals, which is dedicated to the practices of Lucifer on tactic four (4), THE LAW! [see Are They Using Tips from Lucifer to organize America and the world, really?]

The FOURTH TACTIC from Rules for Radicals is…
“Make the enemy live up to its own book of rules. You can kill them with this, for they can no more obey their own rules than the Christian church can live up to Christianity.”
Greg shares how we as Christians, “Christ-followers,” are to respond to this type of verbal assault.  He tells us clearly that NO MAN is saved by obeying some law and if we break one law we’ve broken them all.  The GOOD NEWS is about Jesus Christ and that He was the only One who ever OBEYED ALL OF THE RULES set by God.  Then He loved mankind so much that he laid down His life and became a sacrifice for those who understand that we can never fully obey the law, or be saved by it because of our sin nature.  For we are saved by grace and grace alone and then empowered by this same grace to walk in the light, the ways of Jesus Christ as we completely rely upon God’s finished worked on the Cross of Christ.
Yet we see religious spirits in the land that are speaking as if they are perfect when it comes to the laws of God in their own abilities and they protest against leaders in Washington, D.C. as the “moral majority” which is doing nothing but setting themselves up for the successful tactic that works on anyone who is self-righteous about anything including the things of God.
With 97% of those who call themselves Christians in America not reading the Bible, or Word of God, according to George Barna, which teaches us these truths; the Light of God’s Word, one tends to think of themselves as being right because of their own works.  [81% of regular Church attendee’s don’t read their Bibles at all, and only 3% read it in a way to make life decisions of the 19% who do read the Bible.] Yes, faith without works is dead, but works without faith is just as dead.  It’s when faith and works come together is one’s faith complete.