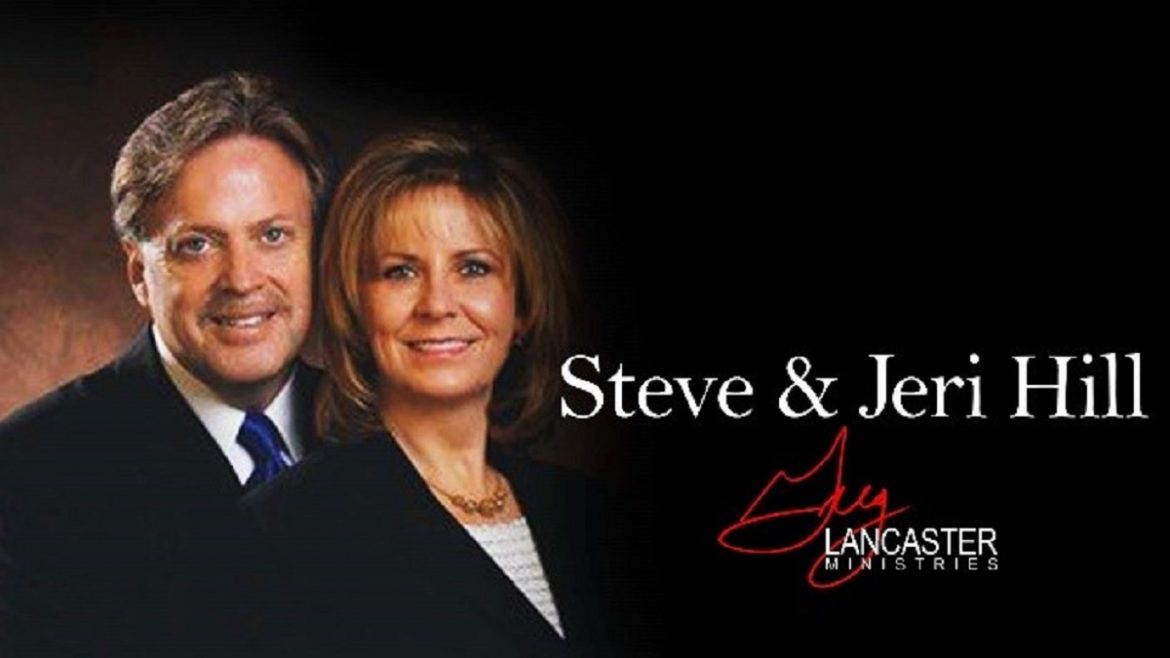 In a recent conversation, Jeri talks about how the Lord brought the two of them together when they were in Bible School under David Wilkerson. They recall a time when Steve talked about those unforgettable days and how they submitted themselves to godly leadership.  “Gwen Wilkerson, David Wilkerson’s wife, came to me and said, ‘Jeri, you may be making the biggest mistake of your life. Jeri may not be the girl for you’”. That wasn’t what Steve wanted to hear. Steve continues, “you know what that caused me to do? PRAY! PRAY! Instead of living in orbit, I got my feet back on solid ground and got on my face. ‘Jesus I’m infatuated with this girl. Get this out of me and speak to me. Speak to me Jesus, I don’t want to make a mistake.” Steve had to know, and asked the Lord, “IS THIS YOU OR NOT? IF IT’S YOU THEN YOU GUIDE EVERY STEP.”  This is so important to think about and remember. Steve continues to describe how so many people would not receive that kind of leadership in their lives. “Some of you would never put up with anything like this because you’re snots, you’re stuck up…there’s people that will not receive a word of counsel from nobody.”

After Steve and Jeri decided to move forward in their relationship and date, the direction they received from their leadership was that they could spend 15 minutes a week with each other. Specifically, “you can spend 15 minutes with her but don’t touch her”. So, Steve asked, “can I shake her hand?” “No” was the response he got”. Steve continues, “I happened to get around godly counsel. They told me to behave myself.” For those who would rebel against godly leadership and counsel like this, Steve says, “friend I want to tell you where you’re going. You’re going down the wrong path. With an attitude like that, you ain’t going to make it nowhere with Jesus cause He’s put authorities in your life.” When the time came for Steve to ask Jeri to marry her, he still didn’t know what her hand felt like, or even had a ring to give her.

On one of their short walks together, Steve knew this was the day to ask. But his time was running short, he only had 15 minutes with Jeri. “Jeri, will you marry me?” “How can I say no?” A long drawn out “moooooo” came bellowing out from one of the neighboring cows in the nearby pasture. That was confirmation. 15 minutes was up. “Well, see you later. She goes walking off one way. I mean this is the girl I’m gonna marry. Not even a handshake.” Steve continues to point out what happened during that season of their lives. “We fell in love with each other, not in lust… It’s hard to get to know a girl in the back seat of a car with the windows steamed up and a bunch of heavy panting going on. You’re not going to get very intimate in your spirit with a woman like that and you’re gonna end up marrying the girl AND YOU DON’T EVEN KNOW HER!”  This is where having godly counsel in your life can guide you to make wise decisions. “So I got around wise counsel that was so contrary to the world’s counsel.” What would the world’s counsel have said? “The world would say ‘shack up with her for a few months man before you marry her’. The world would say, ‘make sure you got some type of marriage agreement before you ever get into this thing.’ It’s a whole lot different with Jesus”. Many people don’t start with God’s values in views or with godly counsel leading the way. It’s hard to unmake a wrong beginning. You got to go back to the start.

Jeri recalls those memorable moments as well as she talks about during those days at Bible School under David Wilkerson, she used to clean the Wilkerson’s home. One day, David Wilkerson asked for a volunteer to clean his car. Steve raised his hand and was cleaning the car. Steve shared with David, “I’m interested in Jeri Larson.” David responded, “you’re getting the best girl on the ranch”. As Jeri explains, “it was growing in my heart, this love for Steve, and I did not want anybody”. Up to this point in her life, Jeri had only experienced dysfunctional relationships and had only planned to be sold out for Jesus and not have any man in her life. “And so for two months I was binding the enemy with this emotion that was happening in my heart. Every time I saw Steve, my heart was beating out of my chest.” Jeri continues to describe how she was fighting, what she thought, was distractions from the enemy, “I would get up three o’clock in the morning and pray till five, binding the enemy that was distracting me in my relationship with Jesus Christ…God was putting it there but I was fighting it.” She even went to her advisor to ask for prayer because her prayers weren’t working. The advisor wanted to know what they were praying about. “Well, somebody is distracting me. My emotions are distracted when I see one of the guys and I need victory over this, and I need a prayer partner. Please help me pray for victory.” After 45 minutes of her advisor insisting on wanting to know who it was, she didn’t say and ended up leaving.

Later in the day, Jeri is approached by Steve in the lunchroom and she is just appalled that he would approach her. GET AWAY FROM ME was what she felt belting out of her spirit towards him. Steve knew something was wrong and followed after Jeri as she walked away. “Jeri! What is going on?” She replied, “nothing God can’t handle.” Steve insisted, “Well tell me what’s going on and I’ll pray for you.” Without missing a beat, Jeri retorted, “you don’t need to know what it is to pray”. Steve immediately went into his prayer closet to pray for Jeri and the Lord spoke to Steve, “she’s fighting love for you”. Come to find out, Steve was waking up at three in the morning, praying to the Lord with hands raised, until five in the morning, thanking God that the Lord was bringing him and Jeri together. Days later Steve and Jeri see each other in the office and Steve says to Jeri, “[the staff] know about us”. As Jeri hears this, she has her own internal dialogue with the Lord, “God, I was praying for deliverance from this. Do I not have a say in my life? Immediately God said to me, ‘No. You don’t have a say. Your say has to be yes.’”  So many people can completely understand and empathize with Jeri’s perspective.

So many people have been hurt and wounded by relationships. We can be whole people, in Christ, without needing a relationship with a spouse in order to feel whole. Thinking about her marriage with Steve, Jeri says, “I think what really played a part in how our marriage went, is in Bible School, they told us ‘to give 100% and don’t expect anything in return. If you expect something, you’re going to be disappointed, and if you give 100%, as unto the Lord and you’re doing it unto God, you will receive so much satisfaction in doing it as unto the Lord and not create drama.” Our spouses can never fulfill our lives where only Jesus can be. Jeri continues, “I didn’t look for Steve to fulfill me. I looked to God to fulfill me and use me.” This is what was so beautiful between them in their marriage because they never defined each other by what wasn’t given, or by what couldn’t be given at the time. Jeri continues to point out the decision she made every time Steve walked into the door.

Rewinding the journey back to story of being surrounded by cows and being asked by Steve to marry him, Jeri talks about she wanted to serve the Lord with all that she had, but she knew the decision of marriage was important. “You used to be a heroin addict. I used to be a drug addict and we were lost. If you think for one minute that you are going to go back into drugs, tell me today. Because even though I love you, I don’t want to marry you.” Steve responded to her, “I am going to live for God all the days of my life.” That’s all she needed to hear. As she clapped her hands, she said, “okay let’s do it”. Moments before Jeri was about to walk down the aisle in her wedding, wearing her wedding dress, someone asked her if she was nervous. She kicked off her shoes, twirled and said, “No, I’m excited!”, and then proceeded to put her shoes back on and walked down the aisle.