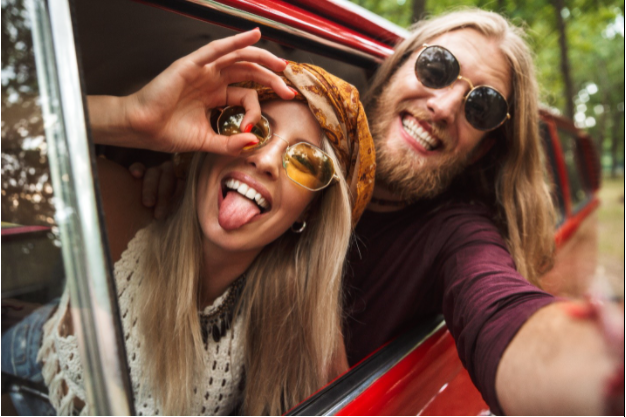 Tom, a friend of Greg, was giving a hippie a ride in his very prestigious car, a Lincoln Continental.  While driving down the road the hippie suddenly bursts out with excitement, “LOOK! LOOK! There’s a perfectly good mattress thrown on the side of the road!” Tom didn’t want to offend him knowing this young man was a brand-new believer. The hippie didn’t stop there, as he pressed Tom. “Could we strap this to the top of your car?” WHAT??? Tom was thinking.  Not wanting to offend this new believer… flashing about twenty minutes into the future, there it was.  Now this big, huge Lincoln had a mattress flapping in the wind driving down the road. This was a reality check of what it was like when that present day church culture meets the hippie culture because they both are, now, serving the same Lord.

Greg got a chance to share how he was given a huge Lincoln Continental, like Tom’s, as he was pastoring a church.  He said that it was so long, that when he pulled up to a house to meet with someone, it was seemingly almost bigger than their house.  Greg’s friend, Johnny, and Georgette Foote, met Greg and his wife Donna, to eat at a steak restaurant, Coach -N-Four.  When Greg pulled up in the parking lot Johnny couldn’t stop laughing.  That’s how big it was.   It wasn’t long before Greg sold the car because it was so distracting to his ministry efforts.  Yet, it wasn’t long before a member of the church and friend Lucrecia Hosch, was vacuuming in her home and the Lord told her “Give your Trans Am to the pastor.”  Greg didn’t argue with that, nor did he give it away or sell it.  He had a lot of fun in that convertible T-Top Trans Am.

Tom Winslow still enjoys telling that story today.  It’s almost like living it all over again when he shares.  Greg and Donna, his wife, were blessed to be enjoying a nice dinner with Tom and his wife Barbara when they heard it for the first time.  Side note, Barbara, is a powerful intercessor, and she can cook really good! Oh, my goodness and Greg can still remember how excellent that dinner was as well as their kindness.