Those Saved in the Last 100 Years Can Be Traced Back to Azusa Street Revival! The Spiritual Heritage that Birthed the Jesus Movement 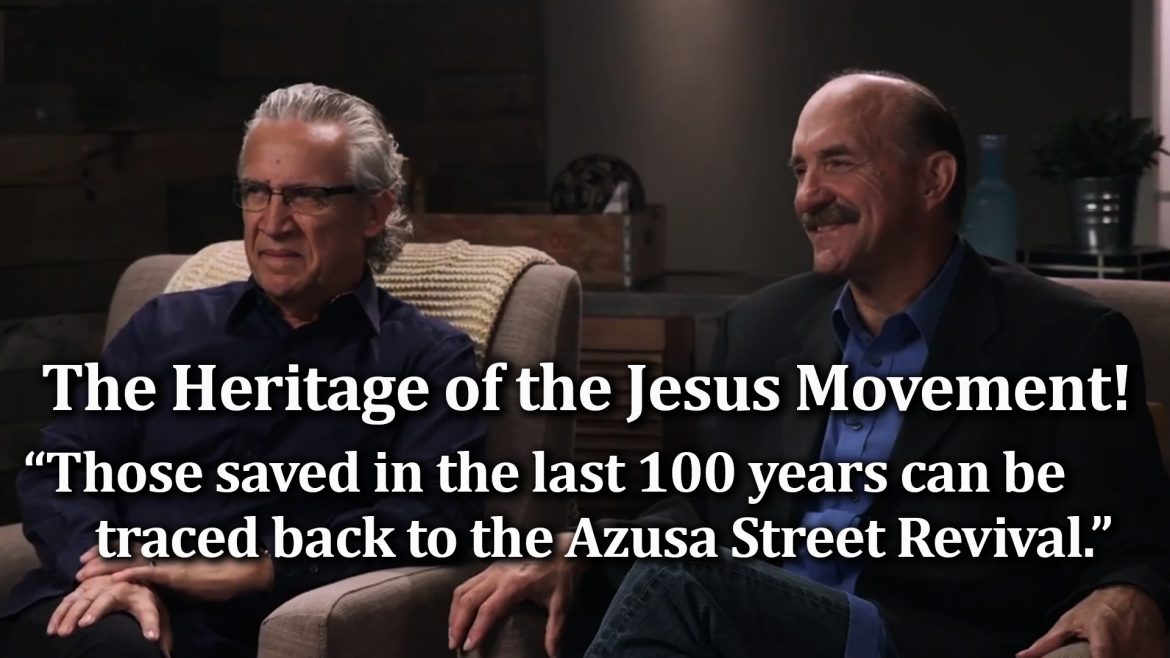 There was a mighty move of God’s Spirit that took the entire nation by surprise. It was as sovereign move of God that drew millions of hearts and souls to the Lord. It was so sudden, and so mighty, that even Time Magazine dedicated on their front page magazines to recognizing the “Jesus Revolution”. There was such a mighty presence of Lord’s Spirit, that people were simply aware of God and turning their hearts to Him overnight. This understanding brings us so much encouragement and hope when we realize the recent words the Lord recently made known to Greg Lancaster, “It’s going to be the 1970’s again!” What is incredibly impactful to realize, is the spiritual heritage of what took place BEFORE the Jesus Movement occurred.

When people share about the exciting miracles that took place in the Jesus Movement, it’s not long before someone brings up the name, Lonnie Frisbee, the hippie who was radically touched by God, who played a significant role during this move of God. Well, it was also Chuck and Kay Smith that were ministering the California area, who welcomed Lonnie Frisbee into their home to share the Gospel with him. Chuck and Kay Smith, the founders of Calvary Chapel, was impacted mightily by the ministry of Aimee Semple McPherson’s Four Square Church, which was birthed out of the Azusa Street Revival. This is so significant to note. When Bill Johnson and Lou Engle were recently talking about the miracles of the Jesus Movement, Bill Johnson shares this notable reality, “every move of God that we read of, around the world, since 1906, is somehow an offshoot of Azusa Street, if you track the people involved, if you track the manifestations, the display of power of the Jesus People Movement”. Bill Johnson continues to highlight the hallmark characteristics of what took place in the Azusa Street Revival, “the faith that was released, the gifts, the church growth, the conviction for sin, the manifestation of God’s presence”. Johnson culminates his point by stating, “missy-ologists trace the amount of people that have been saved in the last 100 years, so much of it is traced back to what was released in Azusa Street”. Think about the significance of this reality! To know this history, to know what God did, and to know that God has said that He is going to do it AGAIN, you can prepare now for this coming move of God’s presence. Can you imagine seeing an entire stadium filled with men who are on fire for the Lord.