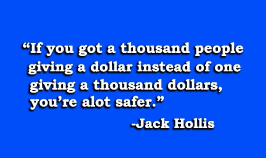 It so incredibly encouraging to have people who have lived life, and seen the faithfulness of the Lord do great and mighty things in their lives, to walk alongside us and share their lives with us. In this exciting moment, Greg Lancaster continues his conversation with longtime friend and brother in the Lord, Jack Hollis and talks about Jack and his wife Shelly faithfully led a radio station for 27 years sharing the Gospel of Jesus Christ. When Jack and Shelly sold the radio station, they planted a seed with Greg Lancaster Ministries that helped birthed the ministry that it is now today. As Greg recalls, “and then, you came to our launch, and you spoke a blessing and prophesied. The things that the Lord laid on your heart has come to past and is continuing to come to pass. Since then, we’ve reached every single country in the world.” It such an incredible blessing to know that there are people that are faithfully standing with you in loving the Lord. Jack talks about how they received support for their radio station as desiring “grass roots” supporters versus that one large donor. “If you got a thousand people giving a dollar instead of one giving a thousand dollars, you’re a lot safer.”