PLEASE FATHER! A Desperate Cry of a Humble Grandfather Crying Out For His Lost Grandson 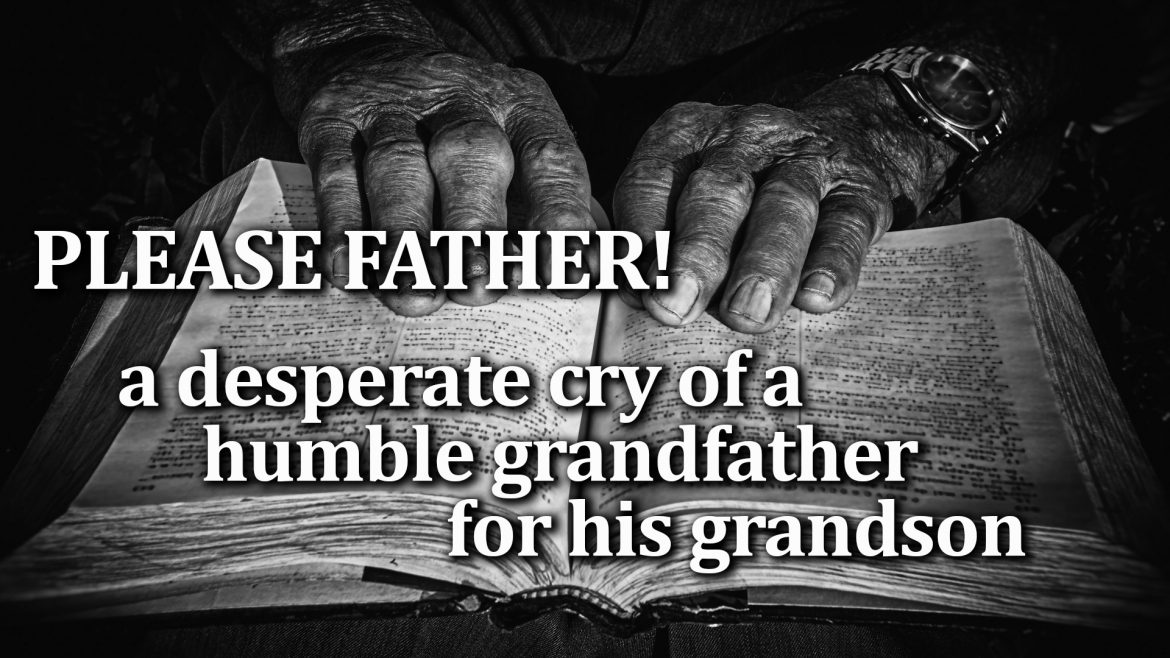 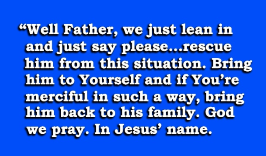 It is such an encouraging breath of fresh air to have a conversation with those who are down to Earth and humble. Jack Hollis is one of these men and Greg Lancaster was recently honored to be able to sit down with Jack and spend time together. In this discussion, they share the sobering reality of Jack’s grandson, Nick, who does not know the Lord. Greg shares how there is a prayer community that is continually lifting up Nick in prayer for 24 hours, every Monday. As his grandfather, Jack recounts Nick’s swimming abilities at early age of two years old. “He’s a brilliant young man. He’s got so much talent.” Jack continues to share how musically talented Nick is as he can pick up a guitar and just start playing. One day when Nick was visiting Jack, Nick did the same thing when he decided to sit down at the keyboard. “I didn’t know you played the keyboard.” Nick responded, “I never tried until right now.” Unfortunately, as Jack describes, “He was so good, but he threw it all away on marijuana and other stuff.” As Jack, and the entire Hollis family has been praying and interceding for Nick, Greg interrupts their conversation to intercede for Nick. “Well Father we just lean in and just say please… rescue him from this situation. Bring him to Yourself and if You’re merciful in such a way, bring him back to his family. God we pray. In Jesus’ name.” In these moments, that’s all you can say. “Please, Father!”

Many people have asked Jack how to pray for Nick, but as Jack tells them, “that’s why you got the Holy Ghost. Nobody knows how to pray unless you got the baptism of the Holy Spirit.” Greg points out the important truth of having a relationship with the Lord, in order to be able to discern His thoughts and know what to pray. “God says He reveals His thoughts to men and it’s for us to discern what He’s saying through Holy Spirit. If you don’t have a relationship with Holy Spirit, how are you going to discern what He’s saying through the Holy Spirit?” We have to remember that God is not limited to the English language. As Greg continues, “get out of this American mindset, and get into praying in tongues, and the power of the Holy Spirit, and He’s just going to breakthrough.” For some reason, we are focused entirely on ourselves when we pray in English. But, when we pray in tongues it sounds more like, “SEND ME TO THE MISSION FIELD GOD!”