The Holy Spirit Can Move People 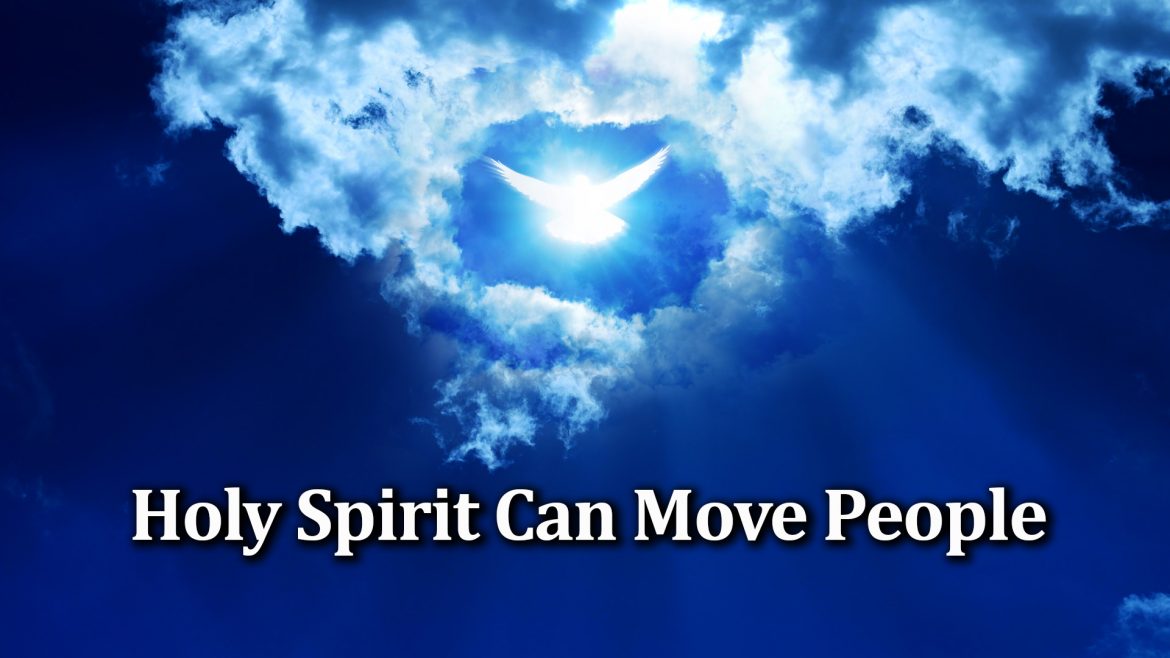 In the 1960’s and 1970’s God poured out His Spirit in a mighty and powerful way during a sovereign move of God that was known as the Jesus Movement. It seemed as if overnight, suddenly God moved. God spoke to Greg Lancaster, “It’s going to be the 1970’s again”. That next week after receiving that word from the Lord, America pulled out of Afghanistan just like what took place in the 1970’s when America pulled out from Vietnam. It was a confirmation of the word of the Lord. Despite the things that took place in the negative, God was doing some amazingly awesome things! Many people were overcome by the presence of the Lord as Jesus Christ was being revealed to thousands upon thousands. Jack Hollis was one of those men and he recently sat down with Greg to talk about his exciting journey of walking with the Lord.

Jack recalls a time that he was invited to speak at a Charismatic medical convention in Panama City, FL. At the end of the event there was an altar call that lasted nearly 6 hours. It was LATE in the night and Jack was approached by a man and a woman with an urgent need, desperately asking Jack to come to their home. After reminding them of late hour it was, they continued to press Jack to come. They quickly gave him the directions, “go down the coast to such and such street, take a left and it’s the first house on the right”. Jack obliged, but told them plainly, “it’ll be a while”.  Following their directions, Jack followed the coast to the needed street. 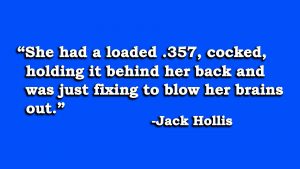 Unfortunately, instead of turning left, he turned right. He thought nothing of it as he walked up to the house and knocked on the door. After knocking on the door, a lady opened the door only a matter of mere inches. Jack recalls that unforgettable moment, “it was so heavy. I mean the air was heavy.” The lady plainly asked what he wanted. After telling her why he came, and thought the man and woman lived there, she instructed him with the correct directions on where he was supposed to turn. She thought that was the end of that encounter as she attempted to close the door. As an almost instantaneous response, Jack put his foot in the doorway and asked, “can I talk to you a minute? I’m a minister. I know I don’t look like it, but I am. I’m just believing that God sent me to your place.” Jack discerned the atmosphere of what was in that woman’s home. He told her, “to be honest with you, it’s heavy coming out of there.” She was overcome with emotion as tears suddenly started coming down her face.

Jack pressed as he asked if she would let him come in and pray for her, or at least come out there. Jack had no idea what he had stumble upon. “I walked in. She had a loaded .357, cocked, holding it behind her back and was just fixing to blow her brains out.” What she continued to share with Jack is that her husband had left her and her teenage son four years prior and there had been no word from him since. Her son was home, but at the other end of the house because she had given him specific directions. “She sent the boy to the other end of this long house to kill herself so he wouldn’t be in the room with her. She told him, she said ‘when you hear a noise, don’t come back here. Call the police. Don’t come back here.’”

As a minister of the Lord Jesus Christ, Jack knew this wasn’t just a physical battle with flesh and blood. “I got this demon off of her, this suicide demon, which you don’t hear talked about much…I led her to the Lord and into the Baptism of the Holy Spirit.” After disarming both the spiritual attack and the physical attack of the nearby loaded pistol, Jack asked her to bring her son into the room. “I told him what had almost happened. Led him to the Lord and into the Baptism of the Holy Spirit.” All three of them prayed together in that room. He was about to leave, but was prompted to believe the Lord for even more of the Lord’s miraculous hand to move into this situation. “We’re going to pray and your husband is going to call you within the next 24 hours.” Instantaneously she verbally agreed, “I believe that. I believe that.” 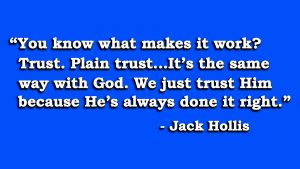 After leaving his phone number with the both of them, Jack left the home, and rode off into the night on the sixty miles back to his own home. Upon getting home, Jack was met by his wife with very specific instructions. “There’s a phone number by the phone in the hall. That lady said call her NO MATTER WHEN YOU GET HERE.” Upon calling the woman, he was greeted with the sound of her tears as Jack asked her what happened. “Your motorcycle had not gotten out of our hearing when the phone rang, and it was my husband calling.” Four years had passed with not a single form of communication, BUT GOD! When this lady shared with her husband what the Lord had just done in their midst, he told her that he would fly down that very night to them. Which he did. Jack continues, “when he got there, they met me somewhere else and I led him to the Lord and the Baptism of the Holy Spirit.” This man ended up in the ministry. As Jack had been telling this miraculous story, he had been wearing a cross necklace. It was that very night he received that necklace that was given to him by that woman who had encountered, first-hand, the power and love of the Holy Spirit. It’s so important that we remember how the Holy Spirit can lead us, if we allow Him to. “You know what makes it work? Trust. Plain Trust.” As Jack points out, we don’t pray over our brakes every time we encounter an intersection because we trust that they’ll work. “It’s the same way with God. We just trust Him because He’s always done it right.” 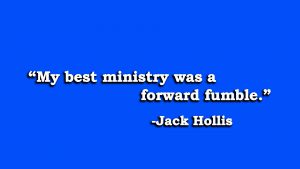 This is how Jack has always walked with the Lord, simply trusting Him. Even though people may comment their opinions, Jack knows its nothing but the faithfulness of the Lord. He even has his own humorous understanding of how the Lord always works things out in spite of his own mistakes. “My best ministry was a forward fumble. If I happened to kick the ball enough that it went across the goal line, and I fell on it, everybody cheered.” As Greg points out, “cause you’re following God and the moment you say you’re not following God, then you’re not following God.”