HUMOR: Ever Found a Python Snake Wrapped Around Your Toilet? 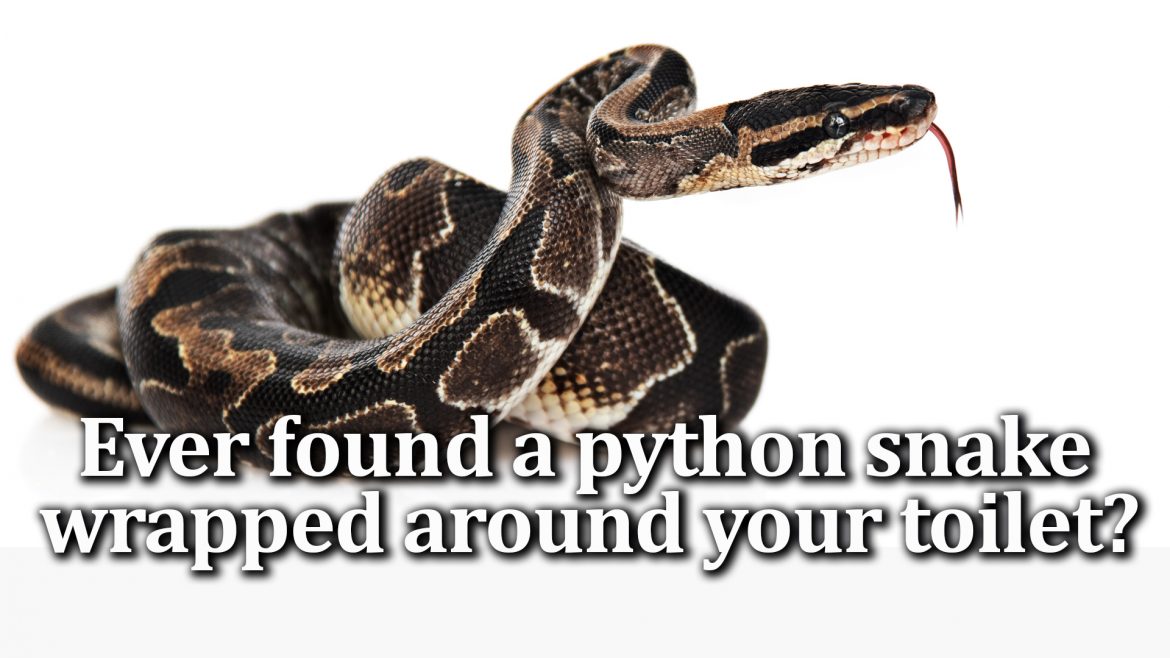 We’ve all been there, waking up in the early morning, crawling out of bed, half asleep and carrying out our morning routine. For one University of West Florida student, his morning started off like any other. He walked into the bathroom to carry out his business and a thought just happened to cross his mind wondering why his feet were brushing up against something very warm. After a casual look down at his feet, he was SHOCKED to find a python snake wrapped around the base of a cold porcelain toilet! CAN YOU IMAGINE!? Turns out a neighboring student in the dorms had a python snake and because of the hot weather, the snake got out, traveled up through the drop ceiling tiles, and down into another student’s bathroom. YIKES!

Related Content:
HUMOR: RAYNA ASKING FOR SUCKER
HUMOR: Kids Making Bologna Sandwiches With The Help of the Neighbors
HUMOR: Caught Playing Cards Live on Air
HUMOR: Funniest Thing Happened in the Office, My Son Got Drafted in the Military…He Thought