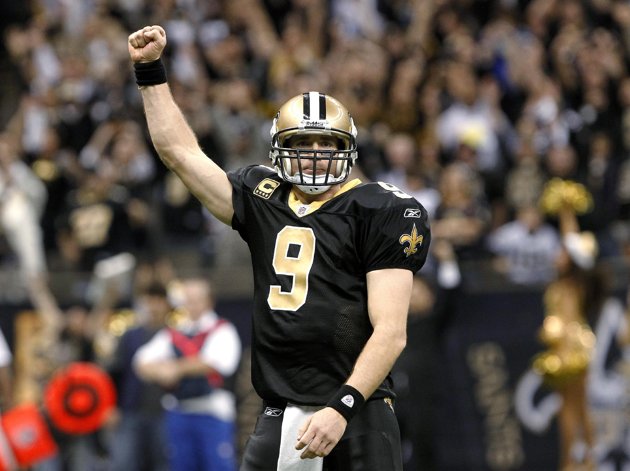 Drew Brees & Jeremy Lin $125 Million Bold for Jesus
LISTEN NOW! Interviews with Jeremy Lin and Drew Brees, while Greg and Steve Kaliszewski celebrate with Drew Brees and Jeremy Lin’s new contracts totaling $125 Million dollars as they openly acknowledge, honor and attribute their success to the Lord are now honored by God by Him seeing they get a promotion.

METAIRIE, La. (AP) — Drew Brees took some time out of his Sunday to sign autographs on items ranging from a black jersey handed to him by a fan to a $100 million contract handed to him by the New Orleans Saints.
The star quarterback, who had agreed verbally to his historic deal Friday, visited team headquarters to take a physical and put pen to paper on the five-year contract that gives him the highest average annual pay ($20 million) in NFL history.
Brees then grabbed a sandwich to go at a Jimmy John‘s sandwich shop he owns, where he posed for photos, shook hands and signed autographs for star-struck fans before hopping in a white sport utility vehicle and heading for the airport. Read more

Drew Brees shares his testimony of how he accepted Jesus Christ as his Lord and Savior and accredits the Lord for his success.
0
FacebookTwitterPinterestEmail