Evidence shows months of plotting ahead of Colorado : police

Law enforcement officers use a fire truck lift to inspect the apartment where suspect James Eagan Holmes lived in Aurora, Colorado July 21, 2012. Police probing a Colorado shooting rampage prepared on Saturday to send in a robot to detonate what they called a sophisticated booby-trap in the apartment of Holmes, 24, accused of killing 12 people at a screening of the new ”Batman” film. … More 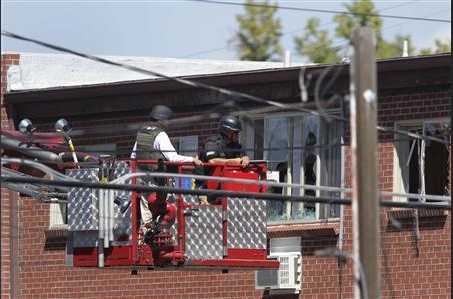 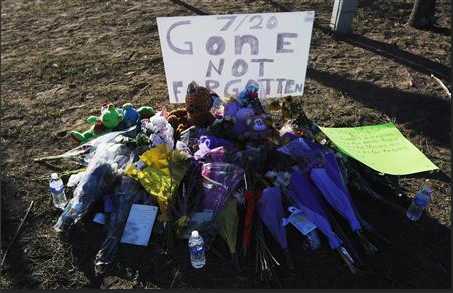 A memorial of flowers is set up for victims on a hillside behind the theatre where a gunman opened fire on moviegoers in Aurora, Colorado July 21, 2012.
Credit: REUTERS/Shannon Stapleton… more
Deliveries and deliberations in Colorado shooting (1:34) July 21 – Police say U.S. shooting suspect received numerous packages before incident which they believe points to deliberation. Deborah Lutterbeck reports.

(Reuters) – Deliveries received by the man accused of committing a movie house massacre at a Denver-area premiere of the new “Batman” film suggest months of “calculation and deliberation” leading up to the shooting rampage that killed 12 people, police said on Saturday.
Aurora Police Chief Dan Oates discussed the shipments as local and federal authorities completed the painstaking process of disarming suspect James Holmes’ apartment, which was found booby-trapped with explosive devices after the shooting at a multiplex theater several miles away….more