MEMBER LOGIN
Home » “JJ” Jesus and Jews – When all is said and done, no matter how good it sound, you need to always ask “How does this turn out for the Jews and Jesus Followers; Christians with this plan of yours?”
IsraelProphecyProphetic Words from Oct 2016 and Older

“JJ” Jesus and Jews – When all is said and done, no matter how good it sound, you need to always ask “How does this turn out for the Jews and Jesus Followers; Christians with this plan of yours?” 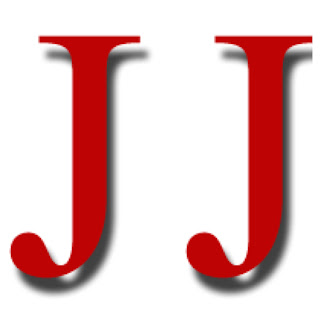 LISTEN NOW!  Greg, Pat, and John share and explain what, “JJ”, Jesus and Jews, means when they refer to the Islam religion and Muslims who follow the Koran.  In this segment recounts a conversation he had with John Stemberger in which he tells Greg what his friend explained to him in regards to Muslims in America, saying, “that there are radical Muslims, then there are moderate Muslims and Muslims who do not know the Koran at all.”  “Radical” means you read, believe, and then do what the Koran says.  Christians preaching that Jesus, the Son of God, is the only way to God and that is seen as adversarial to the Koran where Mohamed writes that Jesus is not the Son of God and that He will have to come back and repent for calling Himself the Son of God.  A moderate Muslim is one that doesn’t fully follow the Koran, i.e. “back slidden” and a back slidden Christian is one that doesn’t know or knows but doesn’t follow the teaching of Jesus. Greg tells John that it sounds like your friend is saying that the hope for America is back slidden Muslims and back slidden Christians..  Also, the Koran teaches hatred toward the Jews.  The Koran has three goals in regards to those who are not Muslims; convert them, bring them into servitude, or kill them, see Christianity vs. Islam; Bible vs. Koran.  The Koran denies access through Jesus to God and does not recognize that Jesus is the only way to heaven and so with that it is important to understand the meaning of “JJ”, Jesus and Jews, otherwise one may think that what is said on VFNRadio, or the VFN Torch is about being intolerant toward the Muslims and that cannot be further from the truth.  The truth is the Gospel of the Lord Jesus Christ is completely rejected by the Koran and those who follow it and it is seen as very adversarial as it is discussed in this program regarding the imprisonment of Iranian Pastor Youcef  Nardarkhani.  Pastor Youcef has been in prison for three years in Iran for evangelizing Muslims in his country; he has been recently ordered to appear in court yet again in September.