LISTEN NOW! Greg, John, and Pat discuss how President Woodrow Wilson decided to run for political office. It wasn’t until a reporter and those who were like minded approached Woodrow Wilson about their values and ideas to see if they line up with his values and ideas. Those who encouraged him to run for office would later find out that he had a mind of his own. They continue to share that it is important to know the values of those who are running for political office before you vote for them. 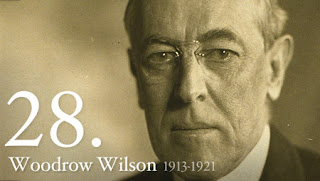