MEMBER LOGIN
Home » We Can’t Point Our Fingers, but we can Fight
GLM

We Can’t Point Our Fingers, but we can Fight

With the increase of drought, shootings, and economic crisis, Greg and John share about the shooting at the Family Research Council in Washington DC on August, 15, 2012, and how the Church and Christians can’t point our fingers at the world when our marriages are outside the will of God and are bad examples.  Greg shares about how like David we’re to stand to help free God’s people from captivity and take down the giants of the land.  You’ll not only be informed, but encouraged and hopefully inspired with what you can do. 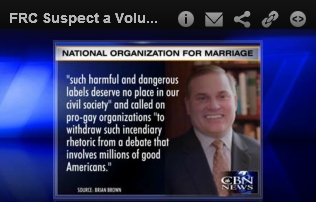 CBN News Reports:  A security guard at the Christian lobbying group the Family Research Council is recovering Thursday after being shot in the arm in what authorities have labeled an act of domestic terrorism.
The Wednesday morning incident began when suspected shooter Floyd Corkins, 28, got through FRC’s front door, reportedly made statements opposing FRC’s policies and then shot security guard Leo Johnson.

Despite his injury, Johnson and others tackled the suspect and wrestled him to the floor.

“I would say in this case, the security officer here is a hero, as far as I’m concerned,” D.C. Police Chief Cathy Lanier said. “He did his job. I mean, the person never made it farther than the front door.”  MORE