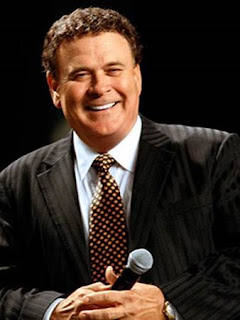 EARTHQUAKE MIDDLE OF AMERICA, John Kilpatrick
of Church in His Presence
Sunday, April 27, 2008 – Vision
As I was approaching the Daphne Civic Center for Sunday morning service at Church of His Presence, I had a vision which lasted for about two or three seconds. In this vision, I saw the ground buckling before me. It was so real that I actually moved aside to avoid what I was seeing. I knew immediately that it was an earthquake, and the thought crossed my mind that the damages of this earthquake could have the potential to exceed those of Hurricane Katrina of 2005. Please understand that I am not saying that the Lord told me this. It merely crossed my mind.
Tuesday, May 20, 2008 – Dream
I awoke trembling and shaking at 5:00 in the morning after having a startling dream. This was one of the three most profound dreams that I have ever had during the ministry the LORD has called me to. I feel that this dream is an addendum to the vision I had on April 27, 2008.
In this dream I saw the words “wind and water.” I only saw the words but did not actually see any wind or water damage. I then found myself overlooking a river which instantly became so wide that I could no longer see either of its banks.
The dream then shifted, and I was with one of my parishioners running through what appeared to be an old abandoned school house. This empty building began to shake. The shaking was so violent and severe that it was like the bucking of a wild horse tossing us around. My teeth were clapping so hard from the impact that I tried to clench them to prevent this from happening.
In this dream I knew I was experiencing a massive earthquake. The sounds were so catastrophic that the thought crossed my mind that the devastation could likely exceed Hurricane Katrina of 2005. I did not see the devastation behind me; I only heard it. In all of my life I have never heard such catastrophic sounds. These were the scariest sounds I have ever heard.
The dream then shifted once more and concluded with two names on what appeared to be an old Spanish map. One name read Indianola and the other Europa. When I awoke, I was shaking as if I had chills and a fever. I could not stop trembling. All through the day I felt as if I had just had the dream 10 minutes ago.
This dream so shook me that my wife and I immediately went to the internet to do some research. I also contacted some close friends in the ministry and reliable intercessors concerning this dream. What we found was startling. There are towns called Indianola, IL; Europa, MO; and Indianola, MS. These towns run in a line from North to South with Europa, MO being near the middle of them. The Mississippi River runs between them with Europa, MO being by the epicenter of the New Madrid fault.
After seeing this, I believe the dream could be concerning a devastating earthquake on the New Madrid fault. Many reputable friends in ministry have felt that this dream was not to be interpreted as a spiritual dream because they felt that it has literal implications. Even now the intensity of this dream is the same.
I do not want to come across as an alarmist concerning what I saw. I also don’t want to put fear in the public or the Body of Christ. However, I cannot help but feel that God gave me this as warning to prepare us for the days ahead and to pray concerning this matter.
Please know that I did not see any timeframe as to when this may happen. Please pray with me concerning this vision and dream.
DISCUSSION:  America will be split if we make Israel split their land.
This information below, as all information, need to be confirmed and verified.

Is the New Madrid Fault Earthquake Zone Coming To Life?

So exactly what events have happened recently that are causing people to take a close look at the New Madrid fault zone? Well, just consider the following examples of things that have been popping up in the news lately….

So what would happen if an 8.0 earthquake struck?
Or an 8.5?
Or a 9.0?
Remember, an 8.7-magnitude earthquake would be ten times worse than a 7.7-magnitude earthquake.
There are even some who believe that if a powerful enough earthquake hit the New Madrid fault someday it could potentially alter the surrounding geography enough that it could actually create a new major body of water in the middle of the United States.
So, no, it is not just California that needs to worry about “the Big One.”
Right now seismic activity has been dramatically increasing all over the globe. Just think of the unprecedented number of volcanic eruptions that we have seen over the past year. Major earthquakes have been popping up all along the “Ring of Fire.” Just over the past couple of days a magnitude-7.1 earthquake hit central Chile and a magnitude-7.0 earthquake struck northern Argentina.
So to think that “it can’t happen” in the United States is just being totally naive.
Let us hope and pray that a devastating earthquake does not hit the New Madrid fault any time soon, because such an event could completely wipe out our economy. The U.S. economy is already teetering on the brink of disaster, and all it would take is one major blow to bring the entire house of cards crashing down.
Just remember what happened in Haiti. A magnitude-7.0 earthquake killed 230,000 people and caused such horrific devastation that it is still hard to even try to put it into words. Let us hope and pray that nothing like that happens in any U.S. city any time soon.

This is a snapshot of original prophetic post documenting when it was original posted.