Home » S.O.S. The USS Constitution is about to Sink
Government MountainOriginal Intent of The U.S. ConstitutionProphecyProphetic Words from Oct 2016 and Older

S.O.S. The USS Constitution is about to Sink

LISTEN NOW! Greg shares about how the United States Constitution, referred to as the USS Constitution is about to sink and we, the Church and Americans are going to have to decide do we want the Republic form of democracy, or do we want socialism, or communism.  We can’t have them both.  He shares, through an interview from the DW Agenda program this week, how our form of Government can only last if we have faith in God and we understand that separation of Church and State is the Government staying separated from the Church, not the other way around.  That America is not supposed to be a theocracy, but a democracy; a republic form of Government whose citizens get our rights from God and that America’s government derives its power by and from the people.  You’ll hear information and evidence of why it’s important for you and everyone else in America needs to better understand the question that is being placed before us for to say that we want Government to be our provider; we are turning away from acknowledging God as our provider.  Listen to this segment below, but also watch on VFNtv the prophetic teachings that will help you understand not only what’s happening, but also what to do and how to do it:  S.O.S. a Tale of Two Kings, Is American Under God’s Judgment, Christianity, America, Islam and Israel, Original Intent of America.  Prophetic

WATCH THE AGENDA INTERVIEW ON DW 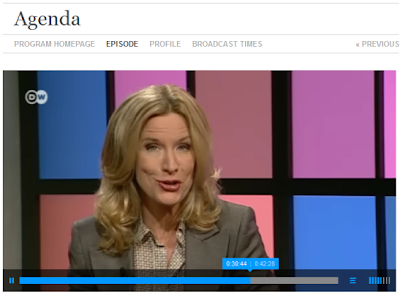