LISTEN NOW!  Greg, John, and Pat discuss the horrific tragedy of the 27 people killed in the Sandy Hook elementary shooting in Newtown, Connecticut. They share their condolences for the victims’ families, the city of Newtown and many Americans across the country as well, all mourn together for the senseless killing of children and teachers.  They continued to share how many are speaking about other issues of why this tragedy occurred.  They continue this conversation but begin to shed light and share from God’s perspective.  While many are now quickly taking aim at the second amendment, the right of every citizen, to bear arms. What has been left out of this conversation at large is very important, God’s perspective.  They share an analogy that begins to shed light on what has happened.  If a ship removes some of its planks it only stands to reason that water will naturally begin to enter the boat.  The truth is that God has been taken out of schools and in most recent times off of every place you can imagine, even the removal of manger scenes from public state house buildings.  By taking God out of our schools and taking prayer out of schools has left a huge void.  Many are trying to blame guns for this horrific tragedy and are now trying to attack our 2nd amendment constitutional right.  As we know, guns don’t kill people but people do. When people die in car accidents there isn’t a call for a ban on cars.  When people die from alcohol and drunk driving you don’t hear an outcry to ban alcohol.  No, should there be?  The truth is someone made a choice.  We need to really begin to focus on what is influencing people to do these horrific shootings that have now become so prevalent.  They share statistics of how violent shooting video games affect our children and others who play them.  Games like Grand Theft Auto that glorify beating people bloody, random shootings, murders, and even prostitution.  This is what our children are viewing for hours simulating activities with realistic graphics, role “playing” these horrendous acts until they no longer become virtual as in the case of this shooter, but become real.   They continue to discuss how the role the church has been regulated in these horrific tragedies.  They are welcomed to come in as counselors after the fact but is hugely ignored before the tragedy.  What would happen if the church would rise up and begin to share the truth?  What would happen if people listened to the truth and turn their hearts to God?  These senseless and horrific murders will come to an end when a nation turns its heart to God and put God back where He belongs, right in the center and forefront of our lives. 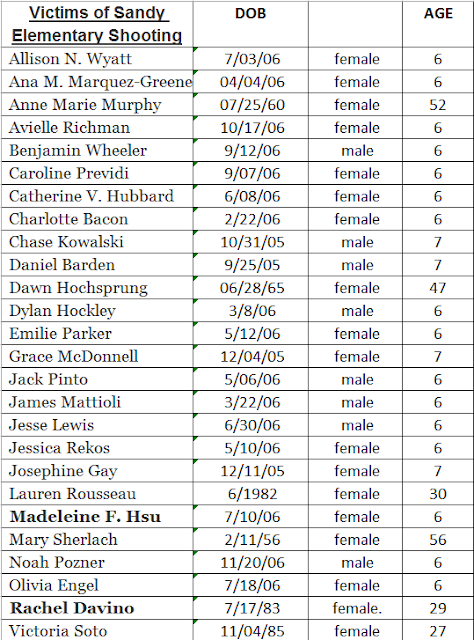