MEMBER LOGIN
Home » Taxes Raised; Is this the way to fix the debt
ProphecyProphetic Words from Oct 2016 and Older

Taxes Raised; Is this the way to fix the debt 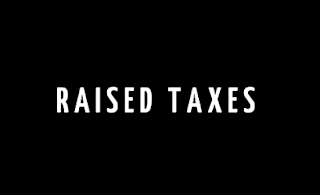 John and Pat discuss the fiscal cliff and debt ceiling debates that are due to begin in a couple of months.  Now that the so called fiscal cliff has been diverted many Americans are discovering that taxes were not just raised on those earning $400,000 or more but at least 77% of Americans are seeing a tax increase too.  This country does not have a revenue problem.  We are the wealthiest country in the world and generate very large revenue in taxes.  The real issue is the spending.  It’s time for the Federal government to operate like many responsible American families do every day. They adjust their spending based upon the amount of money that comes in the home.  However, the government continues to charge the credit card and wants to spend more.  John and Pat continue to discuss what is happening and has happened in Europe.  French film star Gerard Depardieu has obtained a Russian passport after the star left his homeland to avoid a new tax rate for millionaires according to the Guardian.  French President, François Hollande is planning on a 75% tax hike for the super-rich.  They continue to discuss that if we continue to tax the rich they will leave the country with their money causing everyone else to have to make up the difference.  Things are not much better in Spain who now has an unemployment rate of 25% and many of their citizens are losing their homes. Recently locksmiths are refusing to change locks on houses that the Spanish banks are foreclosing on.  This madness needs to stop.  John and Pat continue to encourage us as Christians that we can’t complain about the U.S. economy until the church begins to honor the Lord with their tithes and offerings.  According to George Barna only 3% of the church actually tithes and honors God.  They continue to offer hope for those who are honoring the Lord that they need not fear about the world’s economy because they are participating in God’s.  As long as we honor the Lord he will take care of us.   Let 2013 be the year we honor God with our finances.