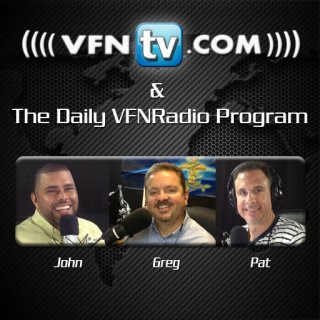 Be Desperate for the Glory of God; Holy Dissatisfied
Greg and Pat discuss getting desperate for the glory of God. Jesus says in the Sermon on the Mount found in Matthew 5. Those who hunger and thirst for righteousness, will be filled. Hunger is what moves God. Have you ever eaten at a buffet?  You have so many different choices of food and eat until your heart is content and so much so you’re in pain. And then when it’s time for dessert, the thing you want most, you have no room for it. This is like the church today; it’s full from the world’s buffet. They are taking in so much darkness, from dark media, to dark news, and dark entertainment and therefore have no room for light. And it’s not until we get desperate will we see the light.  William Seymour of Azusa Street Revival is reportedly to have sent out more missionaries in the world than any other move of God… where there was power of the Spirit of God… Baptism was re-birthed in the revelation of the Church… BUT IT CAME BECAUSE ONE MAN WAS DESPERATE for GOD. The Brownsville Revival that touched the world was birthed out of two men’s desperation. We need to get desperate for the things of God, we are not thirsty. We are told if we drink water we’ll want water; drink more and you’ll want more. Begin to abide, you are not waiting on God He’s waiting on you. When Israel was in captivity in Egypt they cried out to God and he responded, not because they were right but because the cried out. King David became desperate for God’s glory but during his first attempt to bring in the Ark of God’s Presence he lost one of his best men because of an irreverent act. God wants to give us His glory to get it through us. After David sought God and read his word he was able to bring in the Ark of God. We need to do whatever it takes to have God’s glory in our lives; David read the word and did what it said. When God’s presence shows up, things change. A nation a city a family can all fall in a day but they can all be saved in a day if we turn away from darkness and cry out to God. Begin to believe God that our nation our cities our families, can be saved in a day. Stop dinning on the world’s buffet and begin dinning on the Word of God.
Justice is Coming; the Floodgates are open: Benghazi Terrorist Attack; CBN News Reports
The floodgates are opening and it appears that justice is coming for those who lost their lives in the Benghazi Terrorist Attack September 11, 2012. CBN reports that 3 men from the State Department testified before a Congressional Hearing yesterday saying that there was not enough done to save the lives of these Americans that were lost. “The committee’s labors to uncover what happened prior, during and after the attack matters,” Ed Nordstrom, the State Department counterterrorism officer, testified to refute comments made by then Secretary of State, Hillary Clinton. It was awesome to see these men stand up for what’s right and representing “We the People”. We thank God for these men and continue to pray for them. We believe God is answering our prayers.